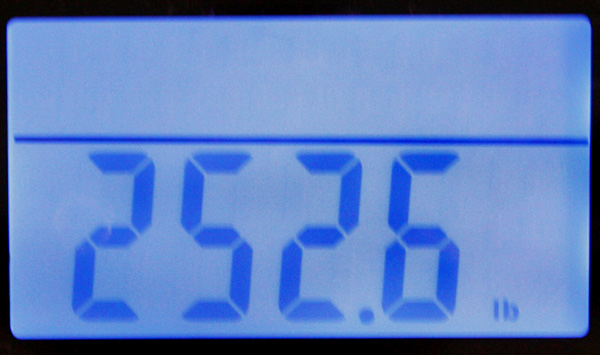 A couple of weeks before I started this blog I took a trip to my local McDonald’s for a McRib.

Between bites of the elusive pork rib-shaped patty, I read over the nutritional guide provided by McDonald’s for its customers.

Not surprisingly, many of the sandwiches weren’t easily incorporated into a healthy diet — a burger, fries and a Coke can suck up nearly all of one’s daily calorie allotment if you get the right wrong things. Surprisingly, there was some legit information to be taken from the guide as well.

Overall, I read that a person should eat, on average, three 600-calorie meals and two 100-calorie snacks per day.  I’ve been asked by people what diet plan I’m following, and I’ll happily tell them I’m on the McDonald’s plan, though I have altered it a bit.

I try to start my day with a few glasses of water, just to get everything in there moving around. I’ll border on giving a little too much information in saying that you really know what you’re eating once it makes its way out.

I’ve noticed the difference fruits and vegetables have on my body in comparison to chicken nuggets and cheeseburgers. So what am I eating? Fruits (grapefruit, apples, bananas, grapes, pomegranate), vegetables (carrots and celery sticks, broccoli, and whatever veggies Chef Brian puts in the recipes) and nuts (one handful of almonds each day). I finish each day off with a 100-calorie dark chocolate bar from Trader Joe’s.

I’m not counting calories because I don’t care about calories. As long as I stick to portion sizes of non-processed foods — mostly fruits and vegetables — I don’t have to worry much.

Other than constantly eating, I make sure to walk at least 30 minutes six days a week. That’s it. It’s literally the laziest I’ve ever been while trying to lose weight. And, though it’s only been a week, it’s already working a little.

Healthy weight loss should be between 1 and 2 lbs. per week, but everyone is different, and people who need to lose weight tend to lose bigger chunks up front. 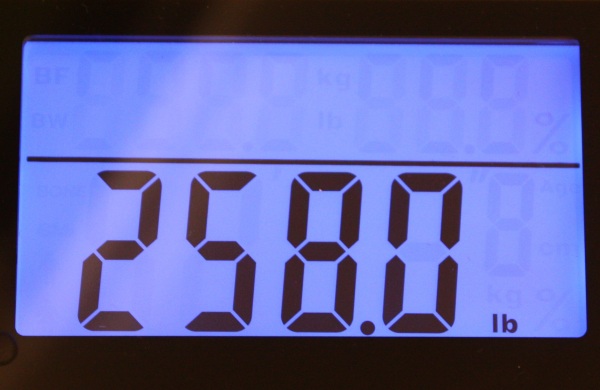 My name is Niyaz Pirani. This is at least my fifth time trying to lose weight.

In the past, it’s always been for superficial reasons. But when you figure out that being funny also gets you laid, being fit isn’t much of a priority. But at 28, I’m starting to feel the effects of my 258-lb. frame. My back hurts sometimes so bad that I can’t leave the house; it’s even starting to creep into my knees. These are undoubtedly the results of years of bad eating and little exercise.

At Dad’s house curries and spicy meat dishes overwhelmed my sensitive taste buds. Family dinners were the worst. I would stuff down just enough so I could leave the table, and if I could, I would hop on my bike to hit the nearest burger joint/pizza place/convenience store or gobble up one of the few stockpiles of candy I hid in my room.

Mom’s house was different. While she did cook — and incredibly well many would say — we also went through the drive-thru on a regular basis. Even when it wasn’t KFC, Taco Bell or Burger King, it was fried chicken, tacos and burgers at home.

As an adult, I read more from menus than cookbooks and I prefer the greasiest, cheesiest, meatiest anything. I’m also usually on the couch, glued to the computer, or the TV, or both at the same time. I’m at the point where that’s not going to cut it anymore.

So I’ve decided to take back my diet, and eventually my body too. It’s not going to be easy, but it will be worth it.

Brian Miller, a high school friend who went on to graduate from the Culinary Institute of America, will design healthy, seasonal meals that I’ll cook at home. As a private chef he cooks like this daily, so I know I’m in good hands.

Every Monday I’ll post the shopping list for three different meals (coming today at 10 a.m.). They’ll be designed to incorporate some of the same ingredients, so shopping for multiple meals can be economical for myself and those who want to cook along. I plan on eating healthy and walking 30 to 60 minutes a day, six days a week. I’m allowing myself a “free day” every Saturday to indulge in stuff like cheeseburgers, or pizza, or cheeseburger pizza.

I’m taking such a simple approach because I’ve learned that I’m not going to keep this weight off going to the gym, taking expensive diet pills or counting points.

Those things won’t stick because I’m just too lazy. Truthfully, I’m pretty nervous as I write this because it means I have to do it.

I started this blog to force the issue, because I’m a writer and I’ve never been afraid to push myself when writing. I’m pretty mild-mannered in reality, though. Call me the fat Peter Parker.

I think of Fat Dude On A Diet as my far more confident alter-ego, some dude in a headband with crazy determination because he’s now put his money where his mouth is.

This is the best worst idea I’ve ever had.