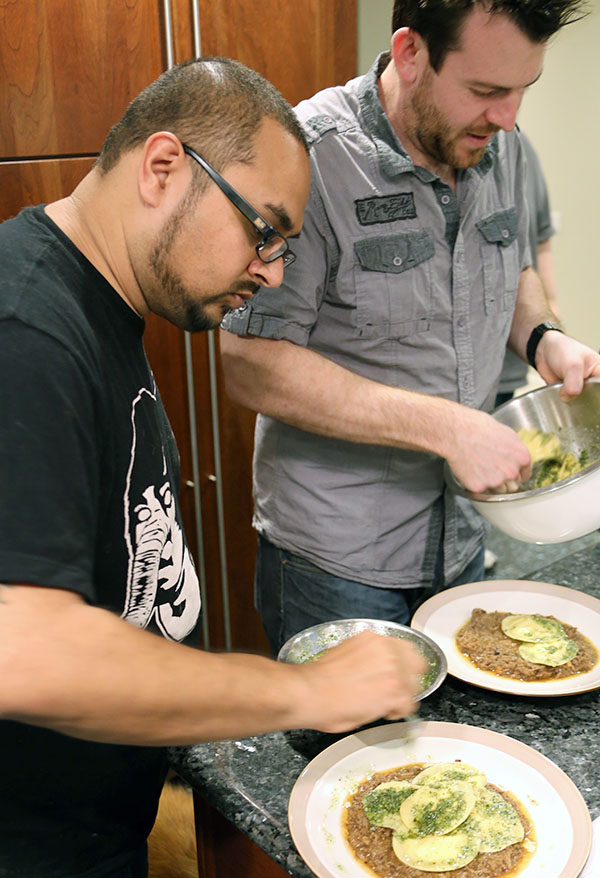 With Niyaz in Cali and Chef Brian in Vegas, the opportunity to cook together never really came together … until now. Chef Brian’s family is from the Bay Area where I recently relocated to, so in celebration of his dad Pete’s birthday, we decided to throw a little dinner party for his family and our friends.

On the menu: Ricotta ravioli with mint pesto and lamb ragu. 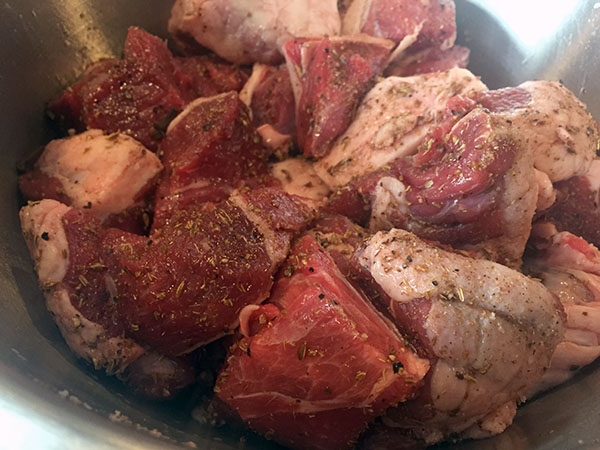 I started the work a few hours before everyone arrived, cubing a boneless leg of lamb and seasoning it with a spice mix of 1 T cracked black pepper, 2 T crushed toasted fennel seed, a couple of toasted cloves and 2 T salt. The cubes get seared in grape seed oil until brown and are then set aside.

Mirepoix (2 diced carrots, 1 1/2 diced yellow onion, 4 celery stalks) and minced garlic are added to the lamb runoff and the pan is deglazed with 1 1/2 cups of red wine and 1 1/2 cups of orange juice. Reduce the mixture by half and add the seared lamb back to the pan, braising at 250 degrees until the lamb falls apart, about 4 hours. 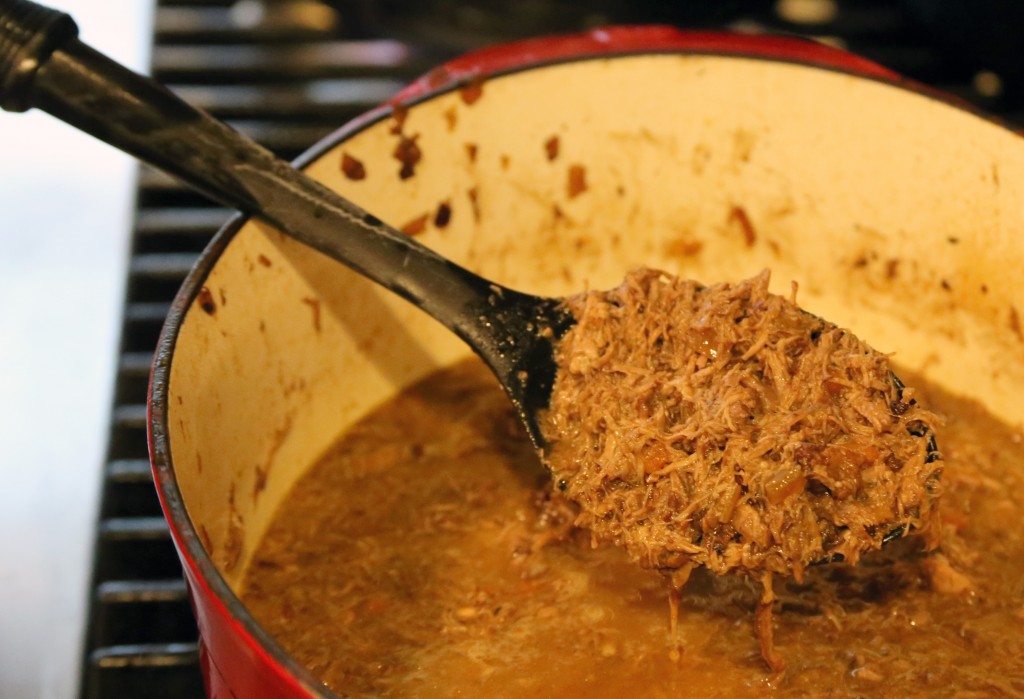 It’ll look like this. From this point you could put this in a shoe and it would taste delicious, but ravioli is better so we made that instead. 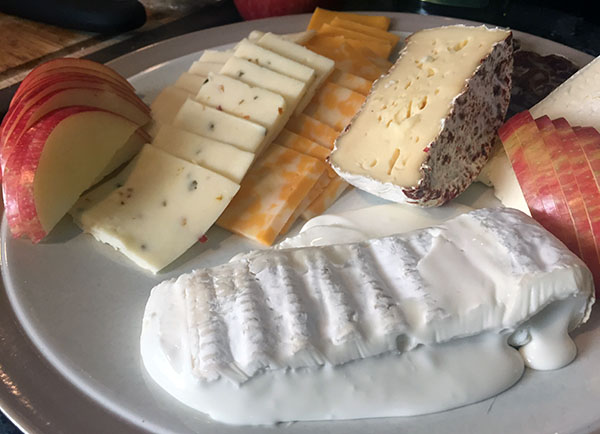 First, a quick aside. When Chef Brian and family arrived, he assembled a cheese plate with this ridiculous buffalo milk cheese that couldn’t even. 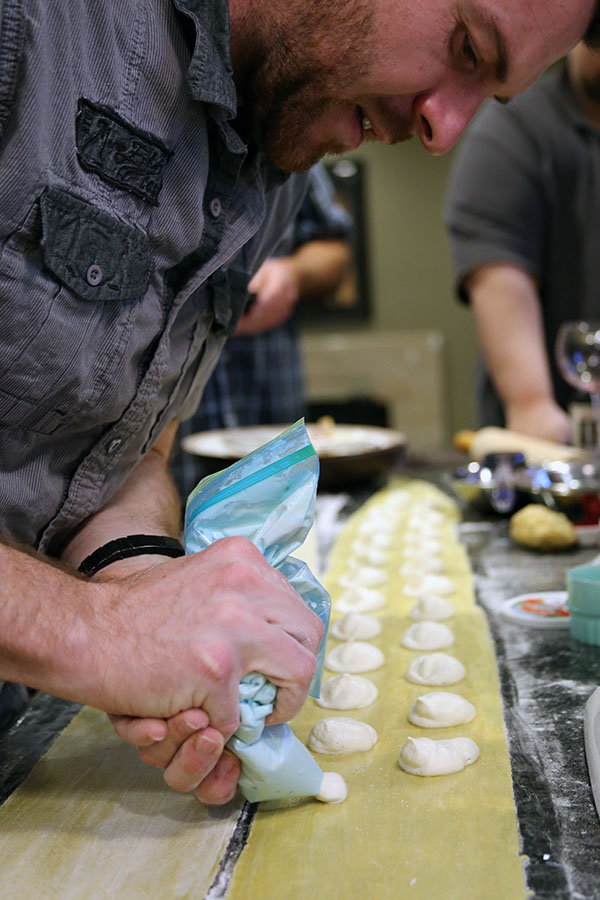 Back to the pasta … Chef Brian doesn’t really have a recipe for his pasta dough (it’s in his brain he says), but this recipe from the excellently excellent Dave Lieberman does the trick just fine. While the pasta dough was resting, Chef Brian whipped up the pesto with mint and pecorino cheese. You can use this pesto recipe as a template, subbing the basil for the mint and the pecorino for the parmesan.

After making the dough, Chef Brian piped seasoned ricotta (salt and pepper) onto the dough, topping it with another sheet to make the ravioli. From there, he used a ravioli shaper to pop out the little cheese packages, which were then ready to take the plunge in a pot of boiling water. Fresh pasta doesn’t need to cook long at all, so these little guys were floating to the top in about a minute’s time. 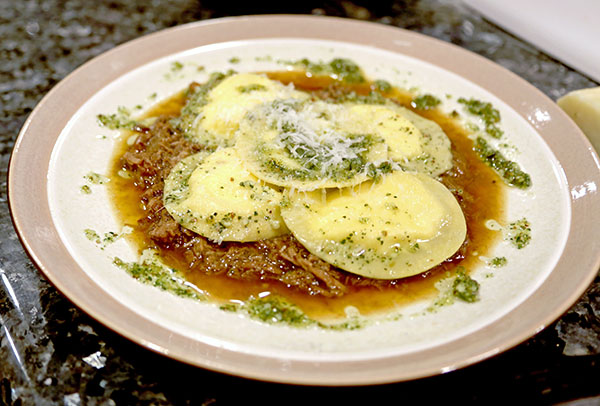 With the pasta cooked and the other elements of the dish ready as well, all that was left to do was plate. We pooled some of the ragu and topped it with the ravioli which was tossed lightly in some of the pesto. We finished with more pesto around the plate and a blizzard of cheese on top. 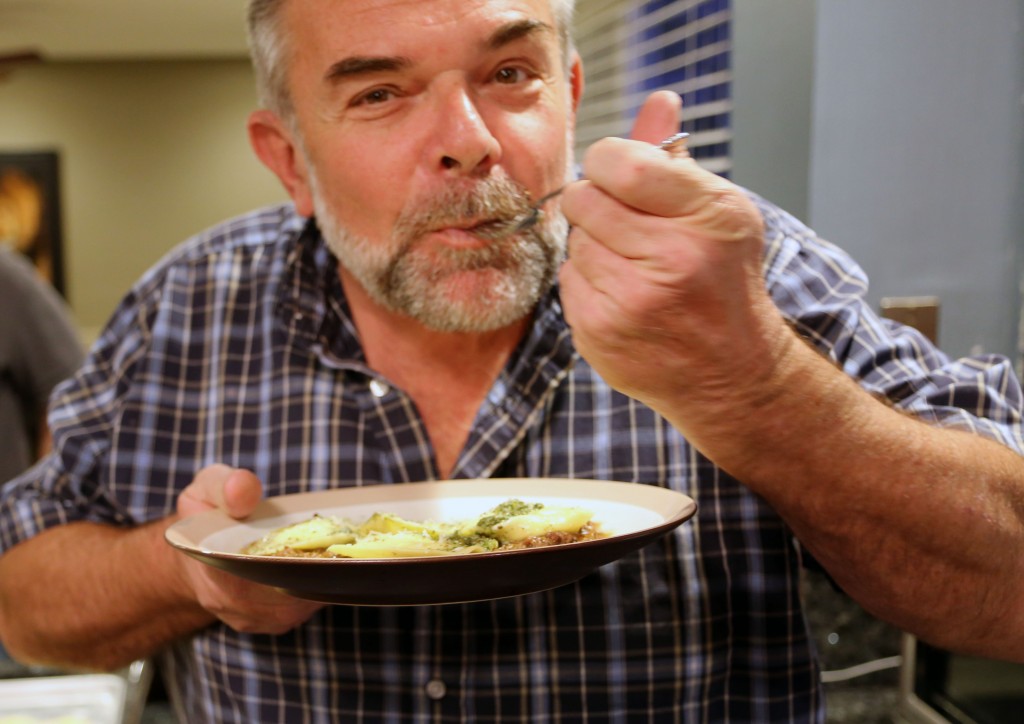 And that’s all it took to make the birthday boy happy! An incredibly tasty dish that was well worth the effort!!