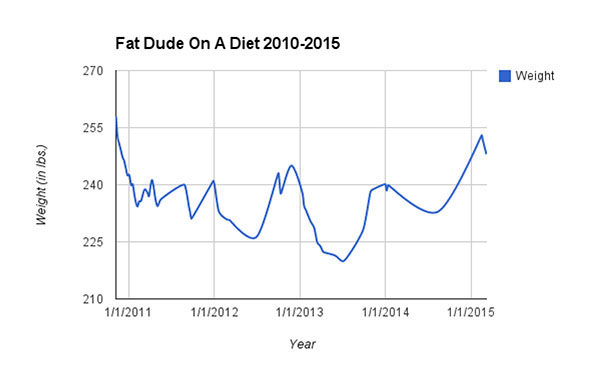 When I started this blog in October 2010, I said then that it may not be my last time trying to lose weight. In fact, as the graph above shows, these last five years were anything but a victorious decent toward skinnier jeans.

Weight loss is often described as a roller coaster, and for someone who has struggled with weight and their relationship with food for their entire life, it’s interesting to look back on what I’ve done, examine what I’ve learned, and see how that correlates over time.

-I start strong every year, but end up giving it all back (and sometimes then some) by year’s end.

-Based on what was going on in my life at the time, it was a combination of how I deal with stress during busy times (by letting go of will power and stress eating everything in sight) and having that coincide with the holiday season from Halloween to New Years (when everything delicious IS actually in sight).

-The greatest dip in my weight loss came in mid-2013 when I was walking at least 3 miles per day, three to five times per week for more than 250 miles that year.

-I always thought healthy, or at least thought of my health or lack of healthiness the entire time, but it was only during times of action that anything positive occurred.

And now I’m basically back where I started from. I ended up in the same cycle this November and December. Combined with an impending move and having all of my stuff in boxes, I gained a lot of weight back in the latter part of 2014 and early 2015. But part of the reason I made huge changes in my life was to actualize my desire to be a healthier, happier person. This week is my sixth week in Northern California and I’m learning something new with each experience a new week brings.

I was recently talking to my friend Neil about this blog and he said what I knew a long time ago, that it lost its focus. Really, that’s a reflection on me and the fact that I had lost focus in making my physical health a priority. I’ve mentioned briefly before that I have struggled with major back issues throughout the last several years. I’ve been recovering for the first time since mid-August and every day I get better in that regard.

Which leads to where I am now, and what I’m doing to get to what’s next. 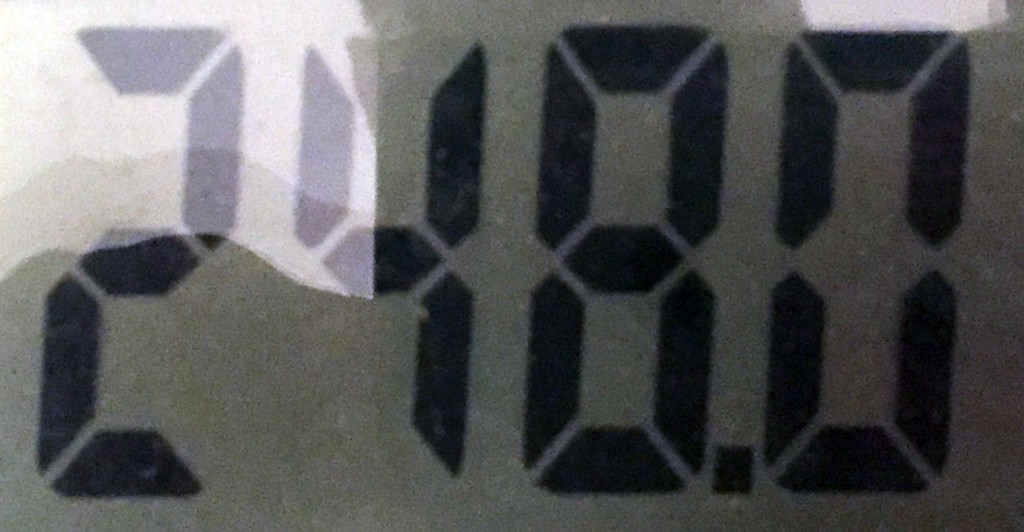 The worst part about arriving in NorCal was not fitting into any of the clothes I had in my suitcases. I donated a majority of my wardrobe in leaner times and my pear-shaped flubber body doesn’t fit into anything they sell in stores, at all, ever. The good news is I arrived weighing 253 and I weighed in on Monday at 248.

I went to the doctor recently and she said that while my vitals are good, the weight is an issue. I already knew that, but hearing it from her really reprioritized and catalyzed my call to action. So I started back the very next day, counting calories and exercising daily. I’ve read that the best way to build an exercise habit is to be active at the same time everyday, regardless of what activity you are doing.

My previous job gave me a love of boxing, and lucky for me, there’s a local gym right up the street with a punching bag tucked in the corner. 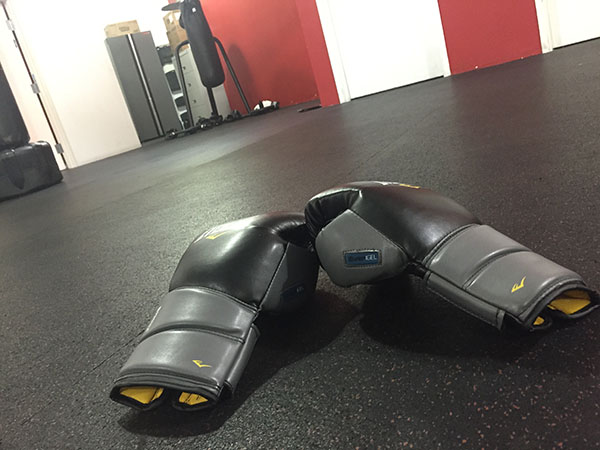 I ordered new gloves and wraps online and have been hitting the heavy and speed bags almost daily with the help of a fantastic app called Fight Trainer. 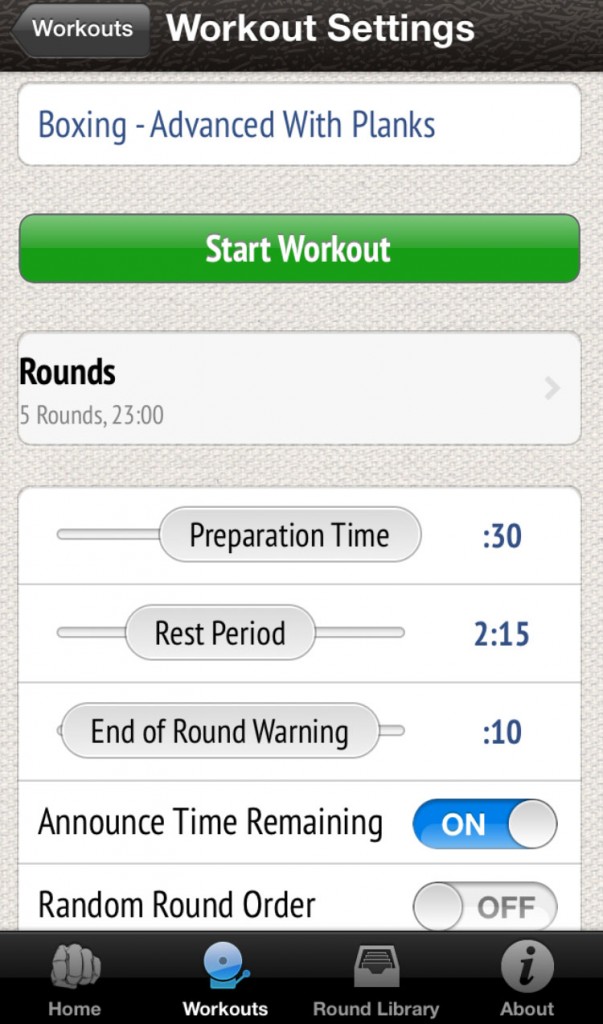 My current favorite workout is the Advanced Boxing routine. I punch for five 3-minute rounds with a rest period of 2:15 in between each. That gives me 15 seconds to get my gloves off, 30 seconds to plank, and a rest between rounds of 1:30. It gets my blood pumping and sweat pouring and I really love it. 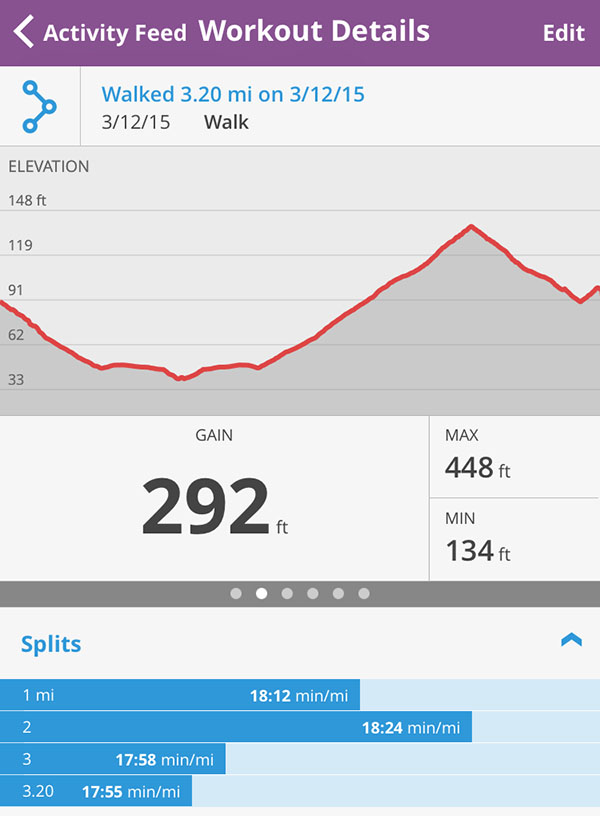 I intersperse days on the bag with days with long walks or full-body stretching/foam rolling routines. Back during the low times in 2013 it was a 3-mile walk that melted me quick. I finally found a route near home that is three miles and this one is pretty fun, with a challenging 292 ft. climb in elevation over the span of 1.5 miles. Good for me for now, but I hope one day to jog or run up this sprawl. I log each workout using MapMyWalk. 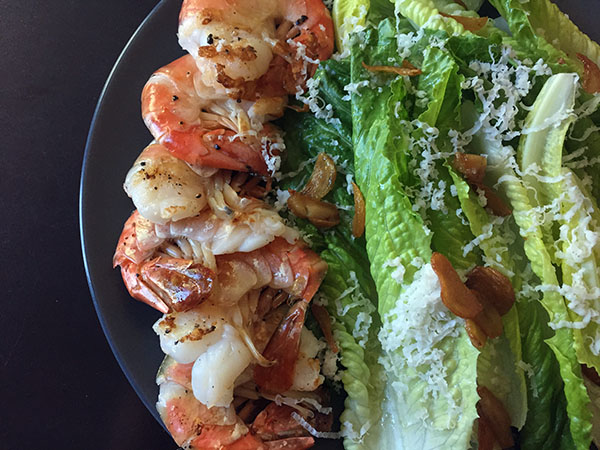 The most important thing I’ve been doing is forcing myself to eat healthier again. I’m focusing on lean proteins, vegetables, healthy fats and fruit, with the occasional good carb (and occasional bad carb) thrown in too. Above is pan-seared prawns with romaine lettuce, garlic oil, garlic cloves and a little Midnight Moon goat cheese, and it was low in calories and delicious.

My calorie goal is about 1,800 per day (adjusted for exercise) and I’m strictly weighing, measuring and logging my meals in MyFitnessPal.

And all of this has me thinking about the future. I can be anything I want, do anything I want. I just have to will it through commitment and consistency. My goal is to create a balance between building my health and building my new business.

To that end, there are many more healthy meal ideas on the way and I’m soon going to begin personal training at my local gym to help provide greater focus and build the core strength and flexibility I need to fully recover from my back injury. I also have a planned trip to Europe approaching, so there’s a lot of great food to look forward to as well.

I’m excited for what’s next. The future of me.