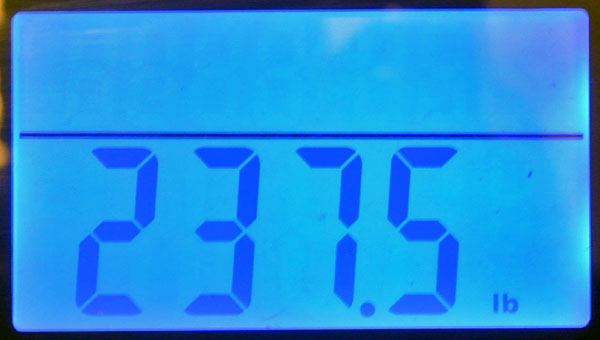 “The way I see it, food is fuel. If we think about the food we eat that way, we would all be a lot healthier. You know it and I know it. It’s time to change the conversation from gluttony to satiation, our daily diet from fattening to fresh. It’s not about how much we eat, but how well we eat.” – Tyler Florence, “Fresh”

A while back I wrote a post about a friend who said there are no “free days” if you are serious about significantly losing weight. I argued her then, but I’m still fighting these pounds two years later. I’ve developed mental blocks to weight loss over time.

Here are some of them:

“I’ll start eating right after the holidays are over; my birthday is over; summer parties finish; etc.”

“We had a bad breakfast, so we’ll just call today our ‘free day.’ Where are we going for lunch?”

“I ate healthy for breakfast and lunch, so I can go out for dinner as long as I eat reasonably.” (And I always fudge it a little.)

The list goes on, but at the core, they are all excuses.

What never occurred previously was that one day of overeating each week equates to eating poorly 1/7th of the year. That is sabotage. I cannot hold on to old ways while trying to forge a new me. Eating real, unprocessed food in moderation is the only way I will reach and maintain a healthy body weight.

So, I’m quitting restaurants. Scratch that. It’s been 11 days, and except for a handful of meals out for valid reasons (out of town guest/broccoli soup recipe turned out gross/9-year-old pizza-eating little sister visited), everything I’ve eaten has been made at home. Eighty-four percent of meals to be exact and I’m only hoping to improve on that as I get better at meal planning, parsing out the workload and budgeting money and food supplies.

Even when I went out, I never went overboard: Corn tortilla tacos at King Taco; Boxing up half my French toast at Break of Dawn for someone else; Thin crust pizza instead of regular pan; no mayonnaise and getting rid of the top bun on my sandwich at Puerto Madero. I’ve learned when I”m out I have to keep health in mind if I’m ever going to achieve my goals. It’s time to come to terms with the fact that I can’t eat certain things if I want to look and feel a certain way.

It’s the same thing I wrote about two years ago with my Fat Dude University: Weight Loss 101 post, only I wasn’t yet ready to commit to my own advice.

Restaurants were always my crutch. But I’m no fine diner, my choices were fast food restaurants and “going out” places like Hometown Buffet, BJ’s, Macaroni Grill, etc. In general I enjoy eating out less now anyway, because I can now make it better at home for the kind of food I like to eat. Proverbially speaking, Chef Brian has taught this man how to fish.

Once I started cooking at home I couldn’t wrap my head around paying $10 for a salad or $20 for a good steak anymore. Burgers, pizza, “fried” chicken–It might not be TK, Big O To Go and Roscoe’s, but I can make something just as tasty with less calories, and for less money. I won’t be crazy about it. I understand the need to go out when friends are here or I’m out of town and that’s okay. But I will not lose weight if I continue eating out as frequently as I do, so if I don’t have a good reason to be in a restaurant, I won’t be.

A healthy lifestyle does not become a lifestyle if executed sporadically. Developing lasting positive habits only comes from focus, determination and consistency. It’s taken a long time for me to comprehend that, believe it and want to make it a reality. 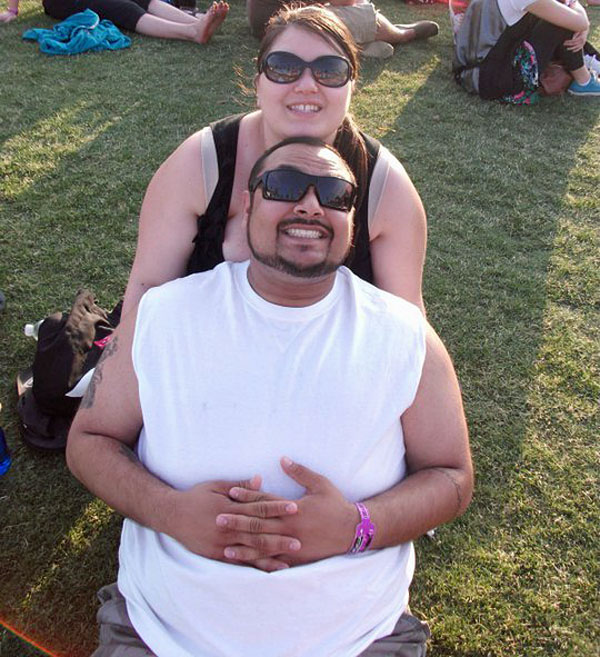 Truthfully, there’s never been a period in my life when I have eaten healthy. Since I can remember, I’ve always preferred going out over eating at home to the point where I believed for a long time that food at home is inferior and less tasty. A product of growing up on processed everything.

I climbed toward my highest weight while taking care of my mom when she was sick. By the time I started at Food Frenzy in November 2008, I was holding on to relationship weight and cancer weight. And I would soon gain food blogger weight. I thought I still looked the same, but my gut just didn’t suck in like it used to.

I notice it most now in wedding photos. I remember having to wear a backless vest for the first time with my tuxedo because the backless ones are an adjustable “one size fits all” at Men’s Wearhouse.

My problem’s always been the food, far before I wrote about it. Being a food blogger at the Reg opened up a new world (and an expense account), but it was a license to eat terribly in the name of good journalism. 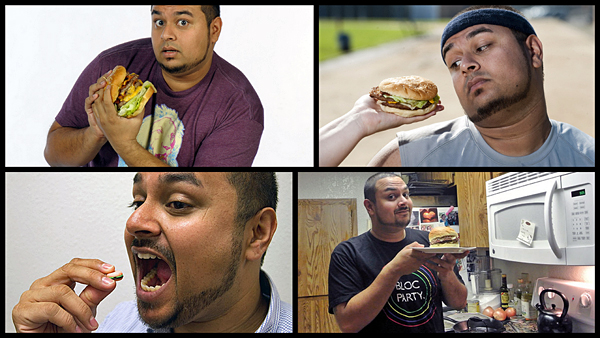 I started Fat Dude On A Diet after leaving the Register to fill the void of blogging. I wanted to write and lose weight, so why not combine the two? Once I started achieving some weight loss success here, I thought I would go back to food reviewing as well. Enter OC Weekly’s Stick a Fork in It.

But I’ve always struggled with the balance. I went to Vegas with my friends last summer and ate my weight in delicious meals. When I returned I never stopped eating because OC Weekly launched it’s 100 Best Dishes of 2012 (of which I wrote 15 percent of the list). From there, I was back to my old ways, hitting up places like Del Taco, Arby’s and the local pizza joint on my own time because the food I was making at home just didn’t taste as good as what I was eating out.

I entered Vegas weighing 226, my lowest recorded weight on the blog. I entered 2013 feeling bloated, just over 240 lbs.

Nadia and I were watching The Biggest Loser a couple of nights ago and we felt bad for one kid who was hiding candy under his bed. Then I remembered doing the same thing when I was little, with Halloween candy and Little Debbie brownies (which I used to eat for breakfast, too). One summer I got caught stealing money from my sister’s piggy bank and had to pay it all back in chores. What they didn’t know is I was using the money to eat out because I didn’t want the ethnic food we had at home.

I never gave it much thought, but I’ve been struggling with the relationship between food and weight for a long time. I’ve said it so many times on this space: This has been a long process. What I thought I could easily get done in one year has taken me three and I’m still not the person I want to be. But I am who I am, and that’s something to work with.

One of the first posts to come out of this new approach in the kitchen was my Freestyle meal: Arrachera rib-eye. I called it a freestyle meal because it was me using the spices and the ingredients in my pantry and the techniques in my brain, to make something out of what I had.