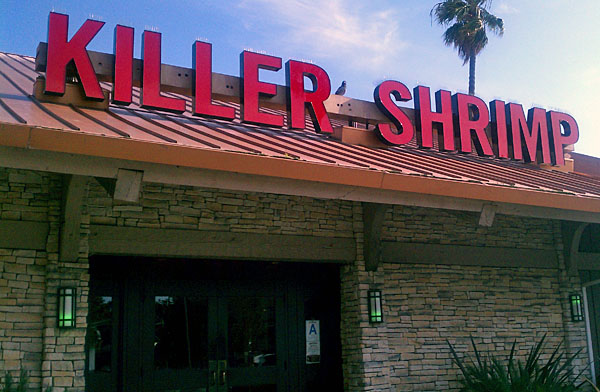 My best friend Clint and his girlfriend Diana visited SoCal this weekend for the first time in several years. I love when he comes down because we usually go on a tour of his favorite L.A. and O.C. eats. There’s a stop at Morton’s for a burger and a little Roscoe’s Chicken and Waffle action. And on this trip, I took it upon myself to introduce him to Break of Dawn.

But one place we’ve left off the rotation for some time is Killer Shrimp, a Marina del Rey/Studio City joint that slings spicy bowls of broth teeming with succulent shrimp. In the last few years the locations closed, seemingly for good. Clint had heard through the grapevine the Marina del Rey location had reopened and a little Google action confirmed the good news.

After a few years away, an old favorite has returned. 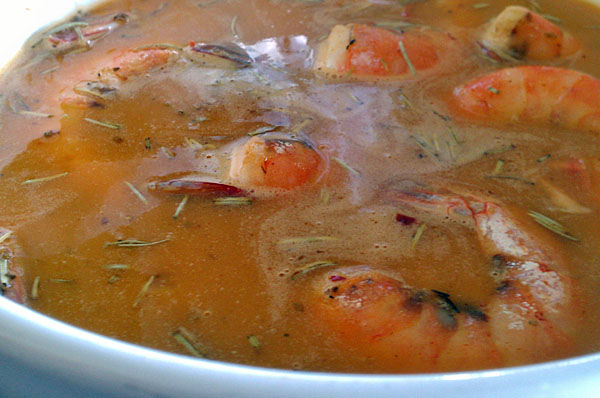 A bunch of Yelpers are bitching up a storm about how this bowl of shrimp isn’t like it used to be. Well, I call shenanigans.

The plump crustaceans (which can be ordered with shell or without for $2 more, but worth it ’cause they’re deveined) come 12-15 per bowl. They’re swimming in a tomato-based broth kicked up with tons of spice, a dash of booze and an aromatic herb mix that’s heavy on the rosemary.

If you’re up for trying to make it at home, here’s an unofficial Killer Shrimp recipe on Epicurious. 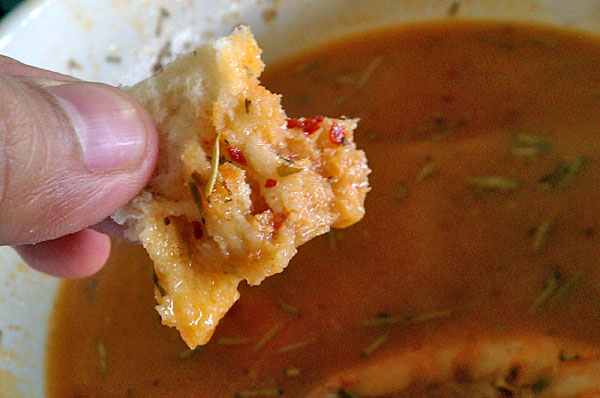 You can order it one of three ways–with bread, rice or pasta (full menu). I’m convinced the only way to eat this meal is with the bread, though a bowl of fluffy white rice seems like a hearty Southern feast as well. Some argue the French bread is ho-hum and I’ll agree with that. Simply toasting it for some crunch before slicing the loaf would do wonders, but I digress.

This is a meal eaten with your hands. The bread is what allows you to sop up as much of the fiery liquid as you can handle. It looks innocent enough, but a deep swoop through the bowl reveals a murky, piquant mix that dances on the lips long after you’ve finished off the bowl. I can take some bite, but Killer Shrimp reaches the heights of what I can handle spice-wise. 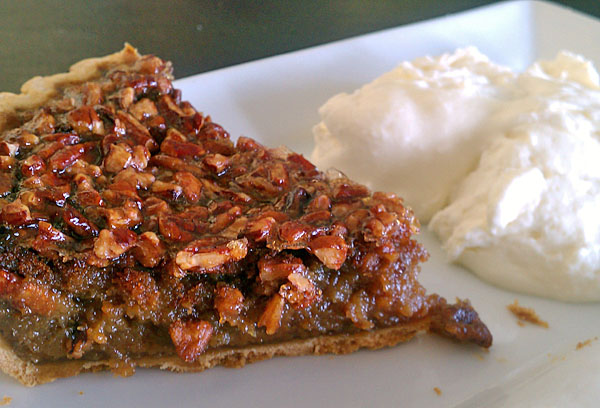 You can beat the heat by finishing off with a slice of sweet potato pecan pie and fresh whipped cream (better when shared so your tummy doesn’t explode). The flaky crust, the gooey filling and the luscious cream provide the perfect ending to this meal. 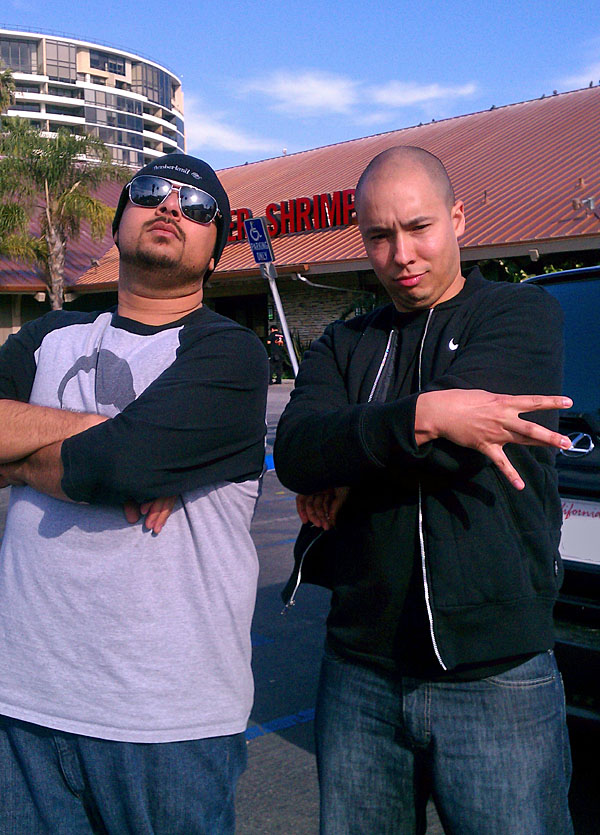 One thought on “Killer Shrimp: If you can’t stand the heat …”