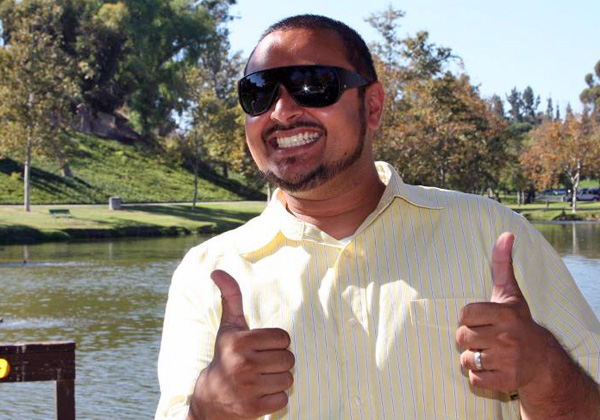 Instead of focusing on the could-have-done’s, here at Fat Dude, we’re hitting the reset button.

True, Chef Brian and I started the blog over a year ago now and my original plan was to be done with all 52 weeks of cooking, but we’re not there yet. In fact, we’re just over halfway there.

But in the spirit of onwards and upwards (and returning well-rested from vacation), I’m not going to focus on what I haven’t done in the past year. I’m going to take a minute to reflect on the successes.

My biggest problem with food has always been with fast food and sweets. I used to love the stuff. Like, super-sized combo, six-piece chicken nugget on the side and a sundae for dessert kinda loved the stuff. But last November I decided to make the switch from fake food to real food and — aside from a handful of trips to In-N-Out (doesn’t really count), Arby’s, Del Taco and Chic-fil-a in the last year — I’ve done a pretty good job at staying fast food free.

I cut out soda, the majority of factory candy (I try and stick to straight dark chocolate as much as possible) and I eat fewer late night meals. While I planned to walk every night and cook every night at home, I really didn’t. I walked a fair amount, and scattered a few gym visits throughout in the last couple of months, but I haven’t been on a focused routine for any long period of time.

And even though I ate out more than I should have, I made the effort to chose places where I trust that they’re putting good ingredients in the food I’m eating. I also cooked more in the last year than any year before, and it helped me to drop some considerable weight. I went from 258 to as low as 231. In the spirit of finding the positives, I’m happy to say that even though I fluctuated and stagnated, I have been able to sustain weight loss for one full year, something I haven’t done since 2005, which was the last time I truly tried to lose weight.

Now I’m ready to combine approaches. If there was one weakness I had in year one, it had to be time management. It’s sometimes hard for the average person to come home from work and cook dinner; I chose to start a blog that had me working sometimes several hours after coming home just to put something new on the site each day.

I’m trying to prep and do things at a slower pace, and in the spirit of trying to cook all of my meals at home, I’m interspersing quick-cook dishes from various magazines, cookbooks and even my own new cooking skills to make things less stressful in the kitchen. I plan to use the extra time in the gym, and will aim to do four nights of cardio, at least 20 minutes, this week and the next.

I plan to figure out a solid routine for working out muscles and managing my time properly to continue with my plateaued weight loss, but all in due time. I started by slowly changing my food habits; now I’m going to change my exercise habits. I’ve gotten this far with some effort, but now it’s time to push it harder and get the job done.

First new weigh-in next Monday. I’ll be checking into the gym on Facebook to stay accountable–if you have workout tips, share them here or there, they’ll be appreciated.

2 thoughts on “Onwards and upwards”