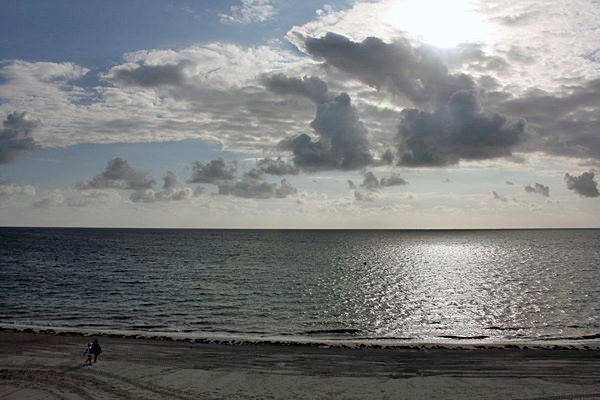 Before I kick off the next phase of Fat Dude next week, I thought it would be nice to post some of my favorite pictures from the vacation I just returned from in Cancun. It was the first time Wifey Nadia traveled outside of the country, the first international trip we’ve taken together as a married couple and the first time either of us received stamps in our passports.

The people were incredibly nice, the food impeccably fantastic and the country itself, while dangerous in some parts, was beautiful from the sandy beaches to the random towns that lined the roads on the way to and from Chichen Itza, the largest Mayan city in Mexico. 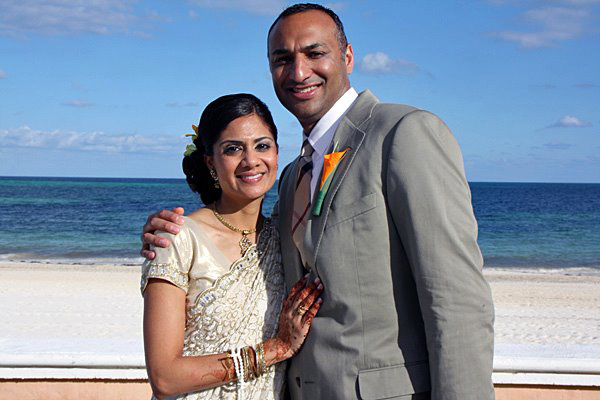 Before I start on what we did, I should rush thorough the mushy stuff and say that we were down there to watch my cousin Rozina get married to my new cousin Adeel. Congrats guys. Nadia and I love you both and are super happy for you! 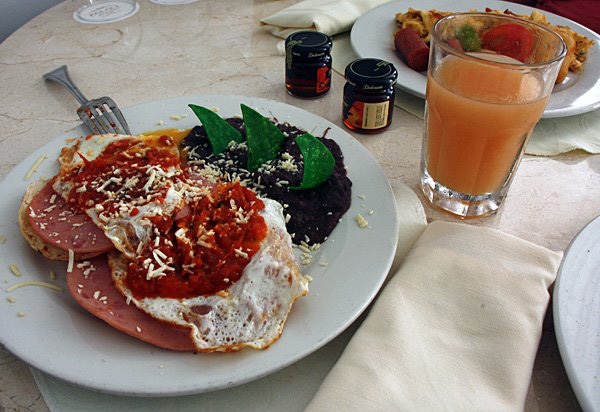 They got married at Moon Palace in Riviera Maya, Quintana Roo, Mexico. This was my first time at an all-inclusive resort and I have to say, it’s truly the way to vacation.

You get room service whenever you want (huevos rancheros and a breakfast scramble pictured above), they have bottles of liquor in the room for you and there’s pretty much a buffet happening whenever you need one too. I made chilaquiles for breakfast every day, enjoyed lots of grilled meat and fish for lunch and for dinner we indulged at a Brazilian steakhouse and even had a romantic Caribbean dinner under the stars. 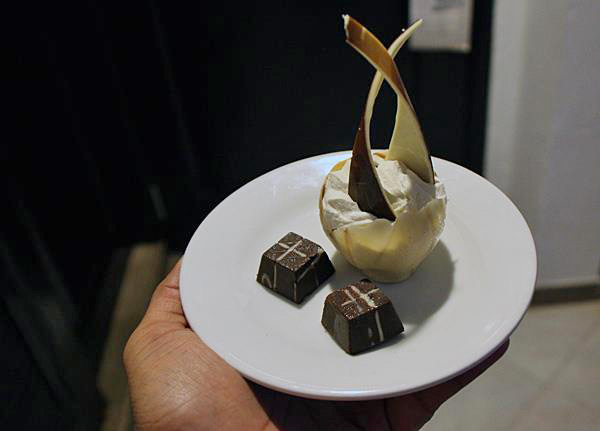 If there’s one way to best describe the excessive nature of the food scene at the resort, it’s the picture above. At least twice during our stay we heard a knock at the door only to answer and be handed a plate of chocolates (cake balls the second time!) that would have fetched a pretty penny at any fine dining establishment.

Crazy, but crazy awesome. It was quite an adjustment to come back home to people just knocking on my door … without bringing me chocolate, lol. 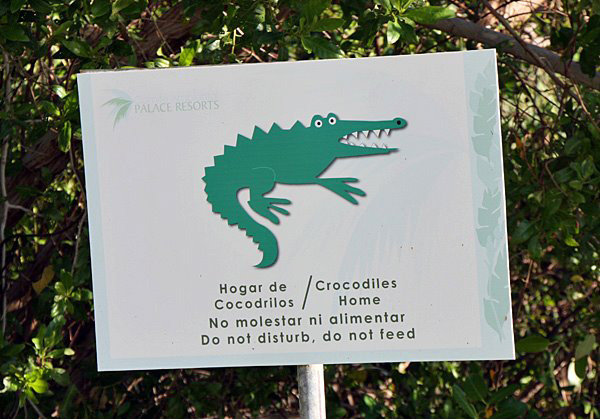 After so many days of eating, I was worried that I would become the dinner of one of the many crocodiles I was told roamed the marshy outskirts of the resort. Apparently people in the past have been plenty surprised by the lifelike crocodile statues that come to life when you walk to close to them. 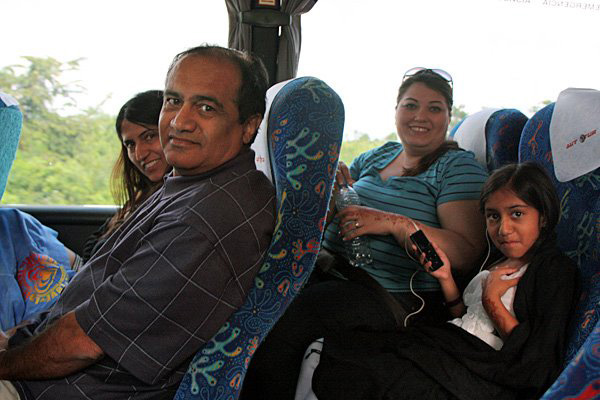 We were at the resort most days, but on the final full day of our trip, we managed to book a tour to Chichen Itza, the largest Mayan city in Southern Mexico. That’s my family on the ride over.

On the way to the ruins, we stopped at Ik Kil, a cenote (sink hole) where the Mayan kings used to swim. If you follow the right side of the photo where the stairs are, you’ll see that I’m jumping off the platform and into the water. 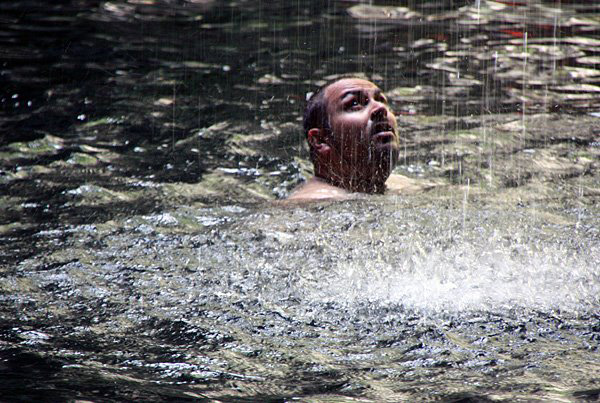 Nadia took this shot as I surfaced from the 5 meter (16 foot) jump. It’s the highest thing I’ve ever jumped from and I’m so glad I did. The water was filled with black catfish that swam around you when you were in the cenote. Pretty rad. 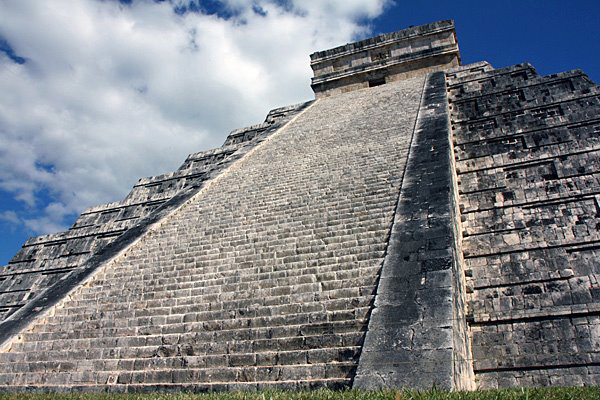 We did a lot of walking at the ruins (probably where I burned off the buffet weight–I gained only 2 lbs. the entire trip, and I think most of that was because I drank more pina coladas and margaritas than I ever have in my life. I wish I could say we climbed this temple (The Temple of Kukulkan), but it was closed to the public in the early 2000s. 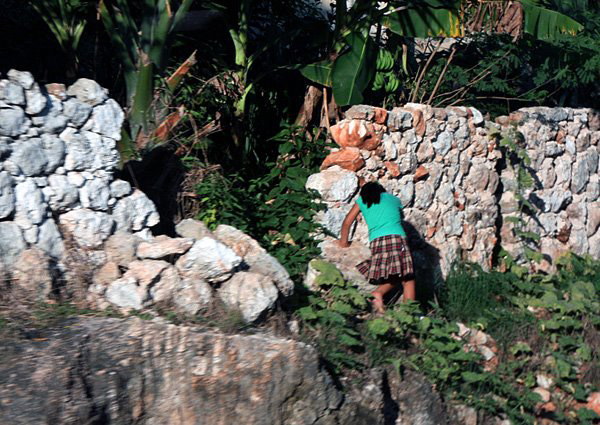 We drove past various jungle towns, each with their own dusty, unpaved roads and roadside taco shops advertising al pastor, carne asada and Coca-Cola products. I wish we could have stopped to meet the people and eat the food, but we were simply tourists traveling through. 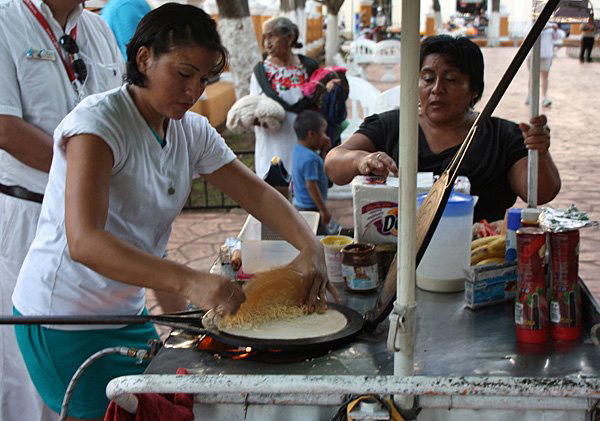 We did stop in one town and had a few minutes to walk the town square where they were making fresh quesadillas, churros and Mexican-style corn (elote). My dad and little sister mysteriously vanished during the stop (a trip to a far away bathroom) so I did more freaking out than eating at the stands, but there’s always next time, I suppose.

Overall, I really couldn’t stress enough how much fun I had during the trip, and how incredible parts of Southern Mexico are. I encourage anyone who is thinking about going to just do it. You’ll have the time of your life.

As an added bonus, Wifey Nadia and I were able to figure out our next destination on the trip … we’ll be going next year to NYC for the first time to visit my cousins. File under: #alreadystoked.

See you Monday with a weigh-in and Southern cooking!

2 thoughts on “Fat Dude does Cancun: A Mexican vacation”