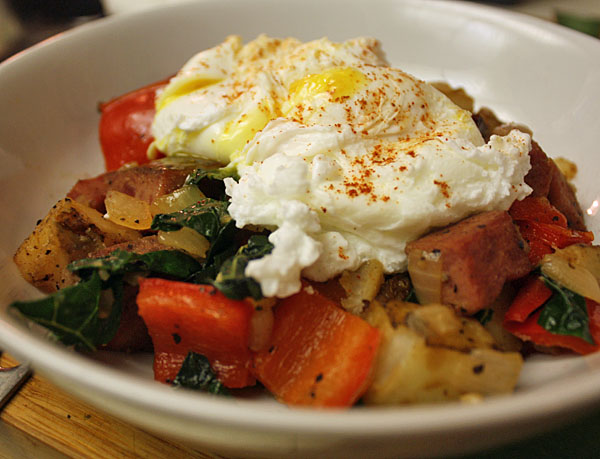 Corned beef and hash isn’t something I typically order in a restaurant because I’m always scared I’ll be served mushy dog food instead of anything close to the chunky, savory jumble above.

Other
Smoked paprika, for garnish 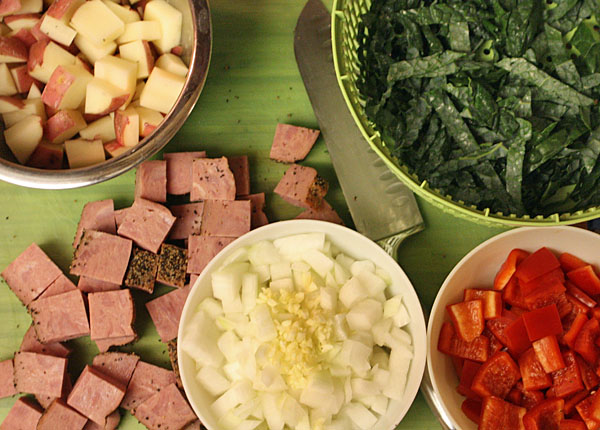 Start by bringing a medium pot of water to a boil. Add 1 T of white vinegar and 1 t of salt. Reduce to a simmer and reserve for poaching the eggs. 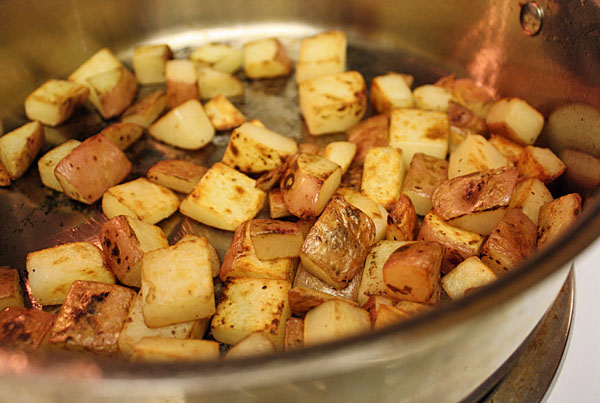 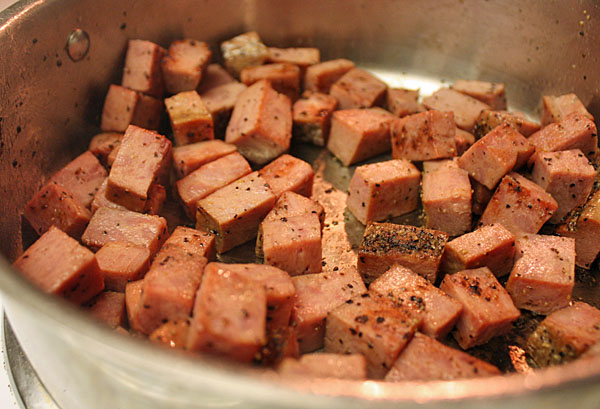 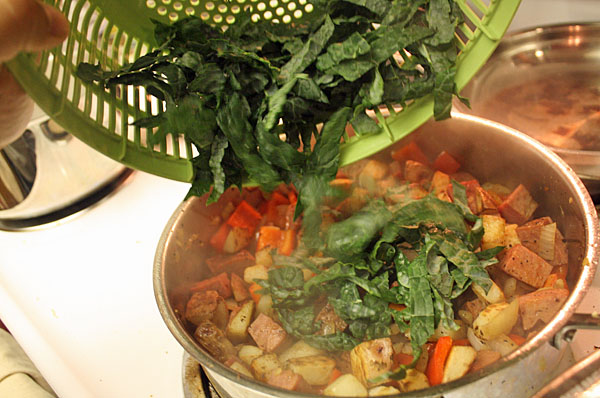 To finish the hash, add the potatoes and kale to the pan and cook until the kale has softened, about 4 minutes. 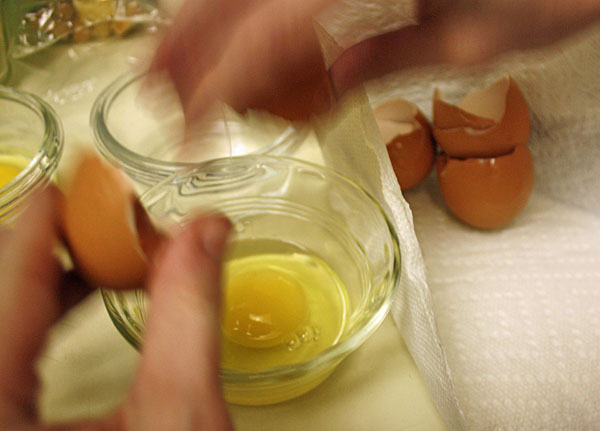 While you’re finishing off the hash, you can begin to poach 4 eggs. Drop ’em in the boiling water for 3 minutes 30 seconds-3 minutes 45 seconds, until whites look set, but before the yolks have hardened. 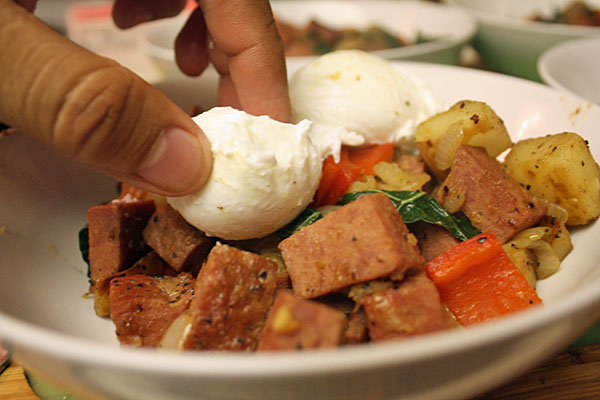 To plate: Put 1/2 of the hash on each plate. Top each with two poached eggs, then hit the eggs with a dash of smoked paprika to finish it off.

You’d expect pan fried potatoes to be oily, but Chef Brian keeps everything light with only 1 tablespoon of oil in the entire dish. That’s possible because  of the turkey pastrami, which provides extra oil for flavoring and softening the veggies. And even though his final instructions for the hash were to salt and pepper to taste, I’d suggest holding off on that and trying it without first because the meat carries salt and pepper on its own. The fresh veggies cut through the richness of the pastrami and egg yolk, while the smallish portion of crispy potatoes still manage to satisfy as great breakfast potatoes should.