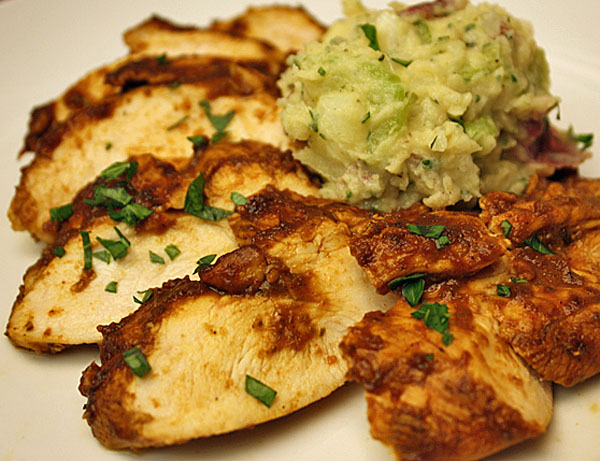 BBQ sauce (This will make enough for the bbq chicken and the meatloaf; prepare ahead of time to make it easier when cook the meals) 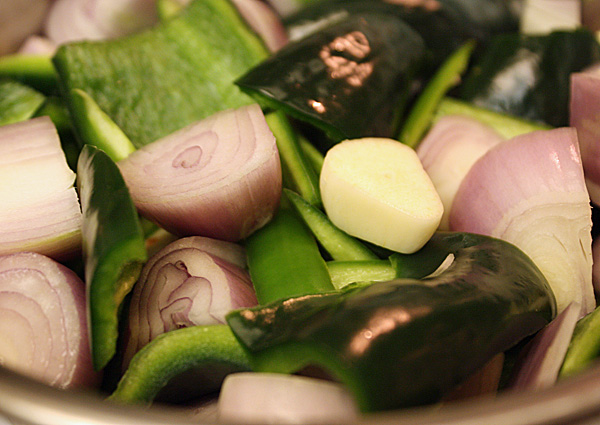 You’re best off doing the sauce a day ahead of time, so that it’s fully cooled down by the time you marinate the chicken. Start by seeding and chopping 2 pasilla peppers and 2 serrano peppers. Also, chop 2 shallots and 2 cloves of garlic.

In a blender, puree the ingredients. 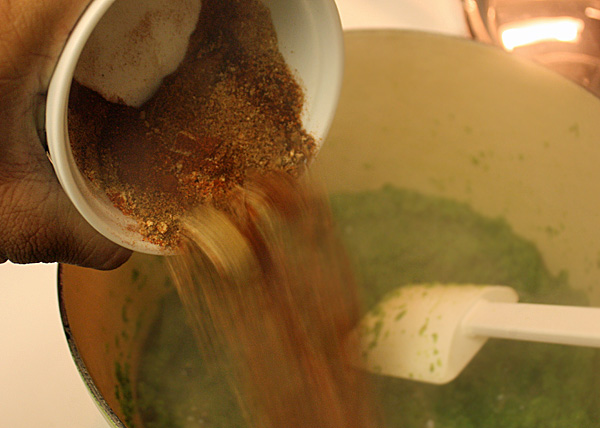 In a medium sauce pot over medium-high heat, add the pepper puree and cook until it becomes a dark green color — about 5-7 minutes.

Add 1 T of paprika, 1 t of cumin, 1 t of coriander, 1 t of dry mustard, 1/2 t of cayenne pepper or chipotle chile powder and 1 t of ancho chile powder. Cook until the mixture starts to become dry.

Once that happens, deglaze the pan with 3/4 c of apple cider vinegar and allow to cook for about 2 minutes. 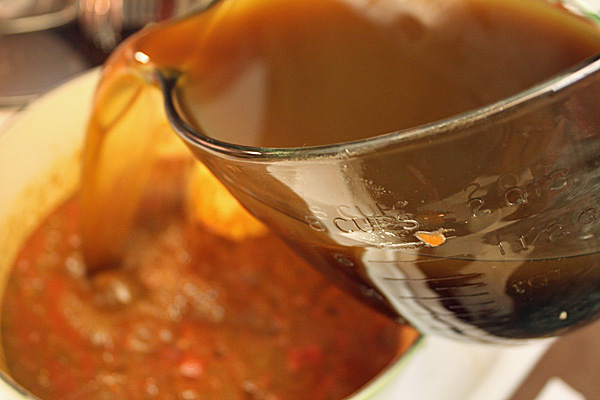 Add 3 c of apple juice, 1 14.5 oz. can of fire-roasted tomatoes, 1/3 c of soy sauce and 1/3 c of Worcestershire sauce. Bring the mixture to a light boil, allowing the contents to reduce by half. Stir occasionally as the solid ingredients will sink to the bottom.

Use your best judgment in reducing the sauce, you’re going for the consistency of BBQ sauce. I made a double portion just to have extra on hand and I reduced the sauce for about an hour. When it’s done, put the sauce in a blender and puree for about 2 minutes to make sure all ingredients are well blended.

Use caution in pouring the hot liquid into the blender though. Start the blender slowly and don’t put too much sauce in at one time unless you’re ready to clean up a hot mess. Literally. 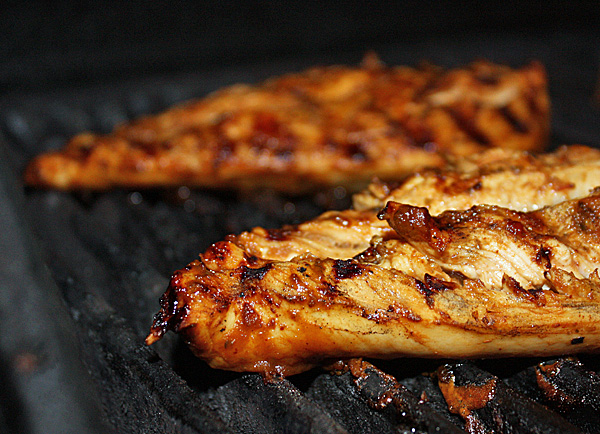 Preheat your oven to 375 degrees and heat a grill to high heat and cook the chicken just long enough that it has grill marks and the sauce begins to caramelize. Be careful that it doesn’t burn. 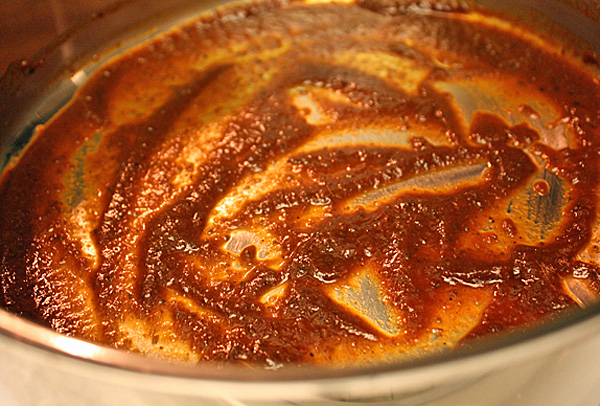 Spread sauce along the bottom of a oven-safe pan, and when the chicken has color, lay it down in the pan. Top with a couple more spoonfuls of sauce and bake the chicken through, about 8-10 minutes. Let the chicken rest before cutting it for about 5 minutes. 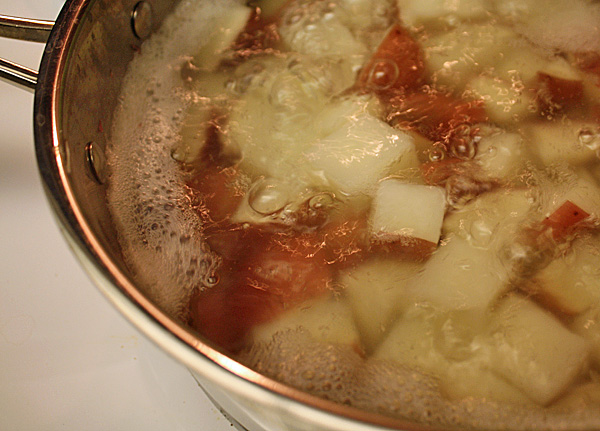 To prep the potato salad, dice 2 medium-sized red potatoes (3/4″ dice) and 1 shallot. Slice 1 stalk of celery and chop 1 T of parsley and 1 t of thyme.

In a medium sauce pot, cover potatoes with cold water and then bring to a boil. Let potatoes cook for 15-20 minutes, until fork-tender. Once cooked, set aside to come to room temperature. 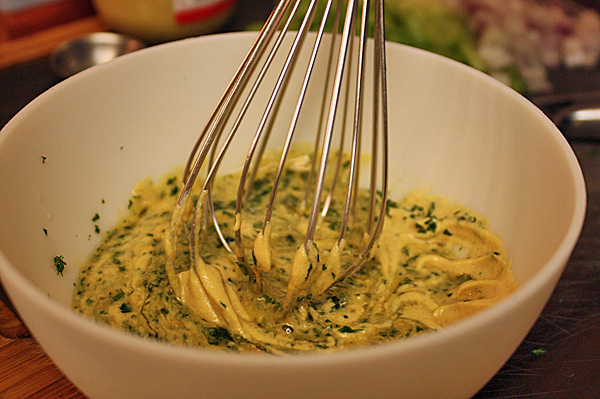 To create the dressing, whisk together 2 T of Dijon mustard, 2 T of honey, 2 T of Greek yogurt, 1 t of apple cider vinegar, and herbs. 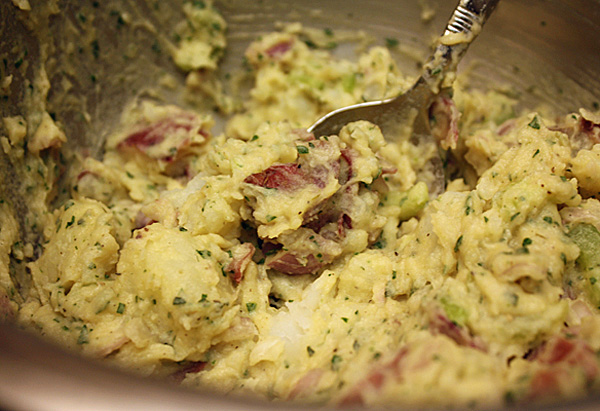 When you’re ready to combine, add veggies to the potatoes and incorporate the dressing a few tablespoons at a time, until you have the flavor you are looking for. Dijon can be overwhelming for some people, so really, it’s up to you on how much dressing you use. Finish with salt and pepper and you’re ready to go!