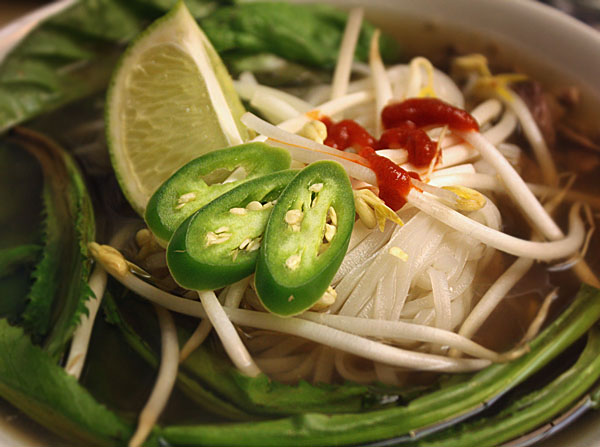 BWHAHAHAHAHAHA! I made stock (for the first time) and then an awesome soup with it!

For the first meal of Week 12, we’re whipping up one tasty bowl of noodles that is as comforting as it is hearty. If you’re a fan of Vietnamese flavors — citrus, spice, heat and fish sauce — this is one dish you won’t be able to slurp down quick enough.

Grab a bowl and some chopsticks, and warm up to Week 12, Meal 1: Pho with oxtail, flank steak and filet mignon.

The Recipe: Yield: 4 servings
(Note: The meat is enough for about 4 portions of soup, you might have leftover broth you can freeze for later.)

Note: This recipe is a two-day process (but doesn’t have to be if you’re pressed for time). 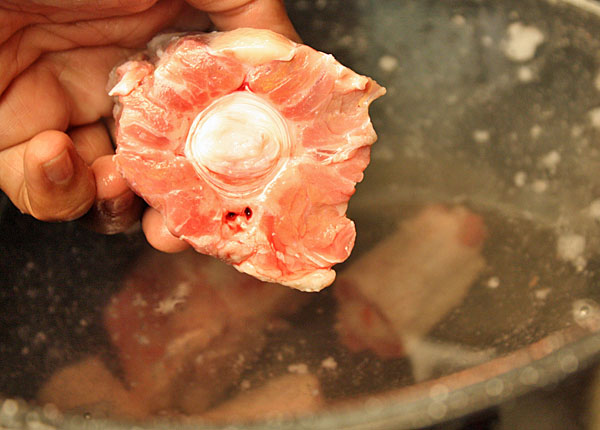 Place 2-3 lbs. of oxtail in a stock pot and cover with cold water. Bring to a rolling boil and boil for 5 minutes. 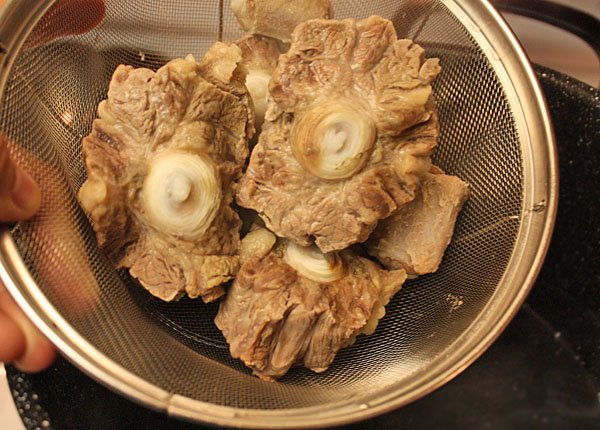 Drain the pot, straining the oxtail. This will get a lot of the impurities out of the bones.

At this point, heat your grill to high so you can char the onion and ginger. If you would rather use a burner on the stove, that’s okay too. 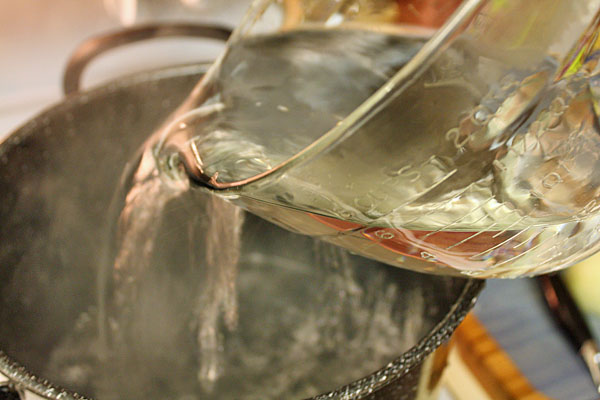 Add the oxtail back to the pot and bring 6 Q of water to a boil. 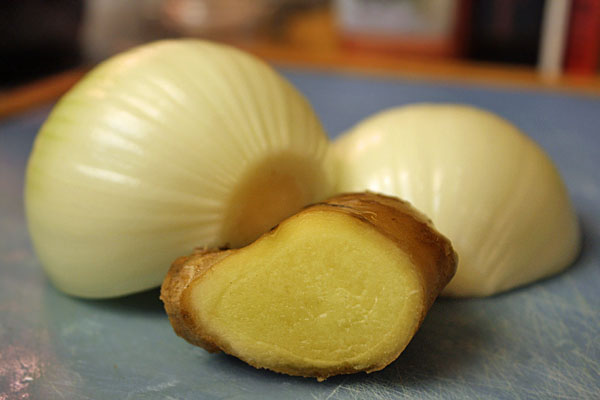 While the water coming back to temp, slice 1 onion in half and cut a 1-inch piece of ginger from the root. 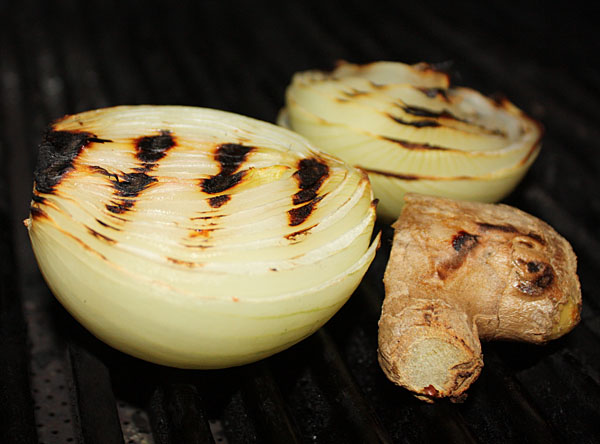 Char the ginger and onion, similar to how you would roast a red pepper. 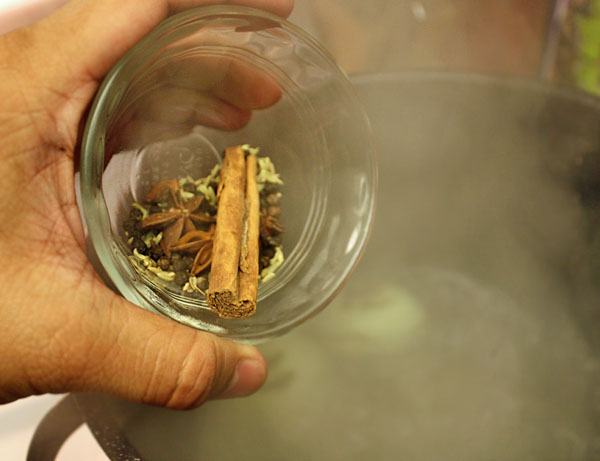 When the water comes to a boil, add onion, ginger and spices. Those are: 3 pieces of star anise, 1/2 stick of cinnamon, 3 whole cloves, 1 t of black peppercorns, 1 pod of cardamom and 1 t of fennel seed.

Reduce to a simmer and cook for 90 min. There will be foam that floats to the top throughout the process. Periodically try to skim it off the top with a ladle. 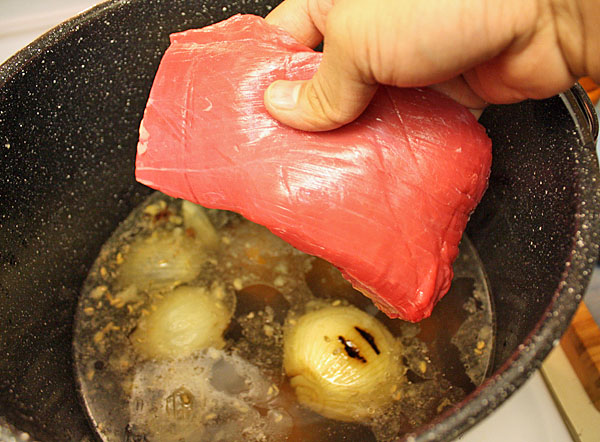 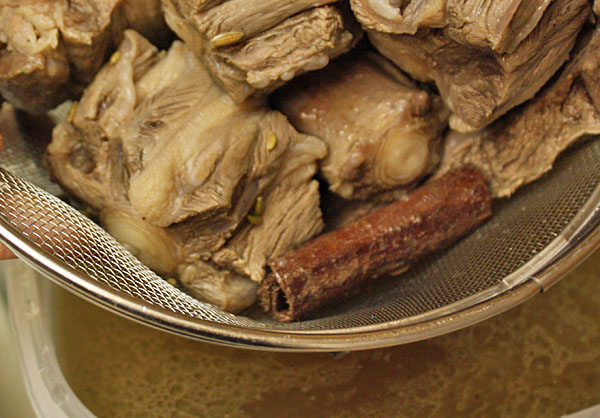 Strain the broth into a container, separating the meat and spices. Pull out the flank steak and oxtail and reserve in a plastic container or bag. Cover the stock and place both in the refrigerator overnight. 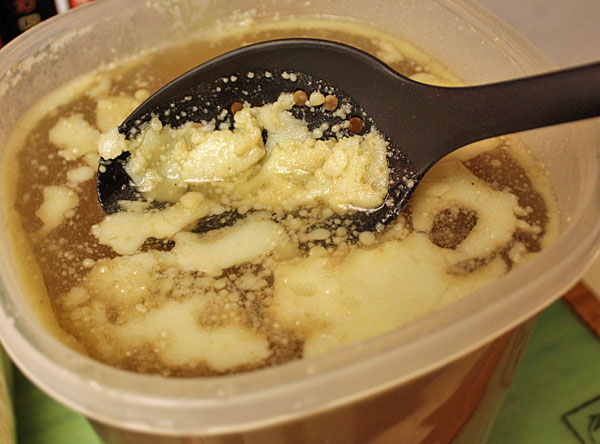 The next day, skim the fat from the broth. Using 2-3 layers of cheesecloth as a strainer, pour your soup back into the stock pot. The cloth should catch all of the remaining fat globs and spices that didn’t stick before.

Bring the soup back to a boil. 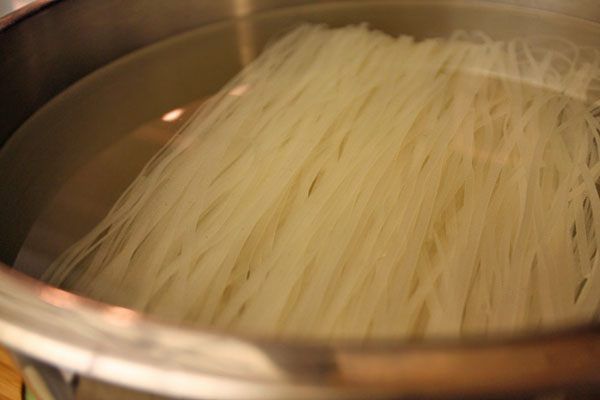 While the broth is coming to a boil, soak 8 oz. of rice noodles in warm water for about 15 min.

In another pot, bring to a boil enough water to cook the noodles in. 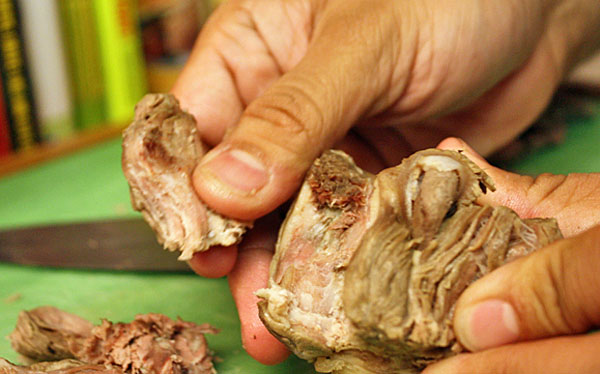 While everything is heating up, pull the meat from the ox tail bones. Thinly slice the flank steak, too. 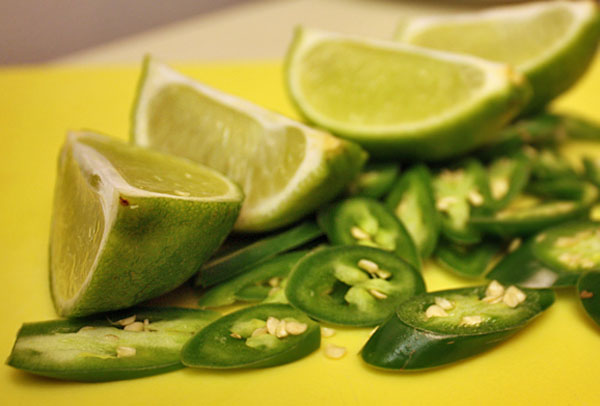 Slice 1-2 limes and a few serrano peppers if you want heat. 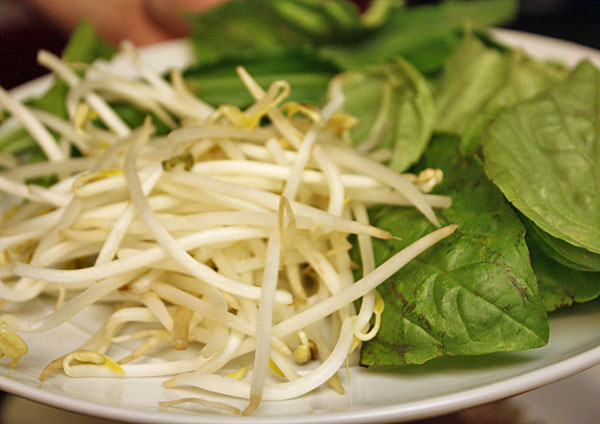 Plate 1 cup of bean sprouts, 1 bunch of basil and 1 bunch of cilantro. I was at 99 Ranch and was told by my weekly shopping buddy, OC Weekly’s Dave Lieberman, to pick up Vietnamese cilantro instead. It’s called … I can’t remember … but I’ll ask him and change this later. 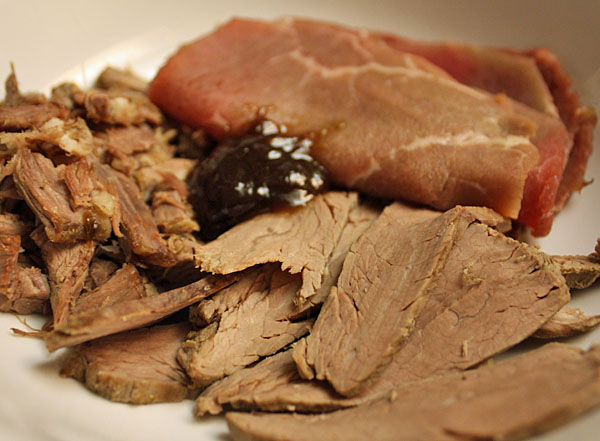 In deep bowls, plate 1.5 oz. of oxtail, 1.5 oz. of flank steak and 2 oz. of raw filet mignon slices. I added 1 t of hoisin sauce to each bowl at this time so I didn’t overdo it later, simply because it has a lot of sugar in it. 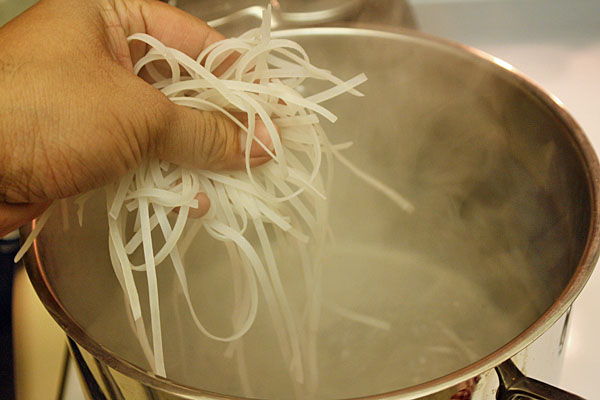 I weighed out 2 oz. portions of noodles and boiled them all separately, so it would be easier to keep portion control. After soaking, they only need to cook in the boiling water for 30 seconds. 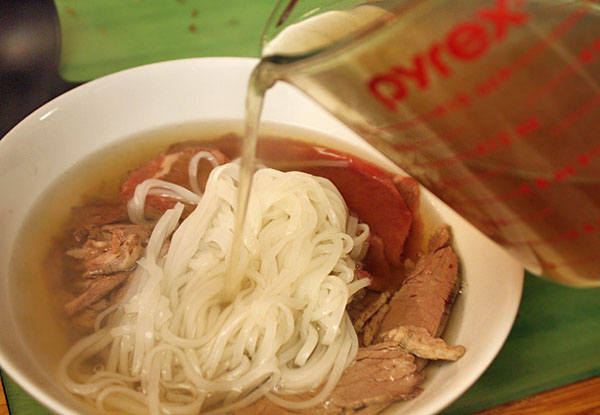 Place the noodles in the bowl and cover with 1 1/2-2 cups of broth. Season with salt, pepper and fish sauce to taste. You will need to use salt and fish sauce at this point to get the right flavor. I added 1/2 T of extra fish sauce per bowl at a time until I had the flavor I wanted.

Garnish with as much herbs, sprouts, peppers and lime juice as you want and dig in!