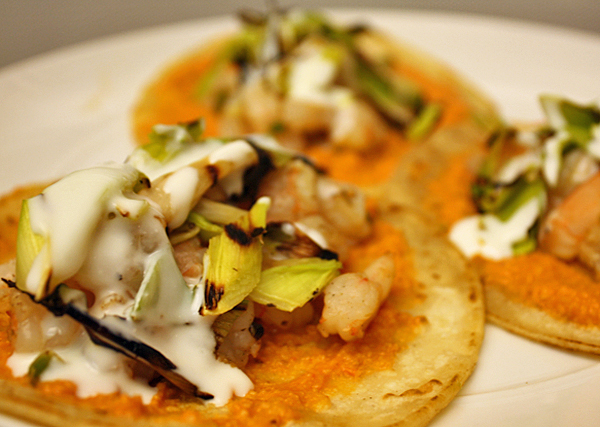 With those ingredients, a pile of shrimp and a whole lotta citrus, Chef Brian puts together one heck of a finale for Week 10: Fusion tacos. 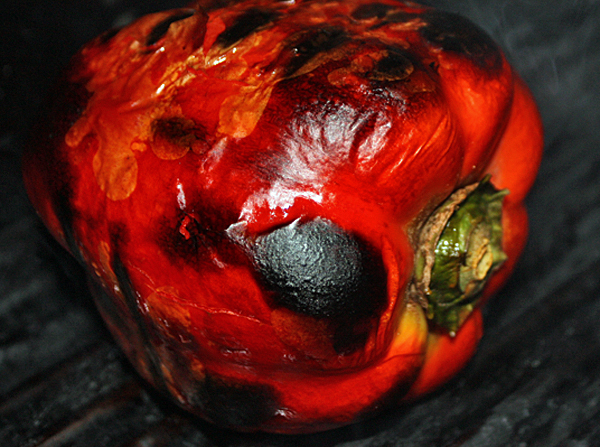 Start by roasting 1 red bell pepper for your Romesco sauce. I put the grill on high, hit it with some cooking spray and let it grill for about 5 minutes per side.

In between each turn of the pepper, I took care of a different prep need. 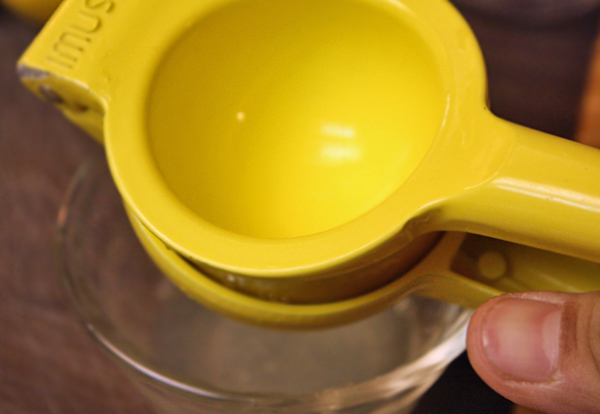 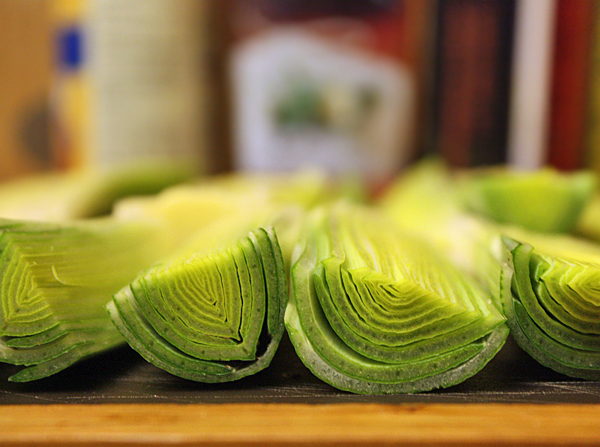 Split 3 leeks and wash the dirt from between the layers. Sprinkle with salt and pepper and hit with a shot of non-stick cooking spray. I used Pam Grilling because it was going on the grill. 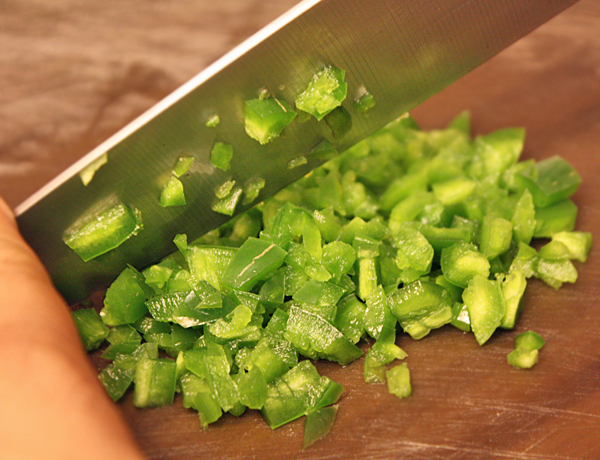 For the shrimp, mince 1 jalapeno and chop 1 t of thyme. Toss the thyme in the reserved juice of 1 lemon (NOT THE 1/2 juice!).

Put a small pan on the stove over medium-high heat then head to the grill to turn the pepper again. 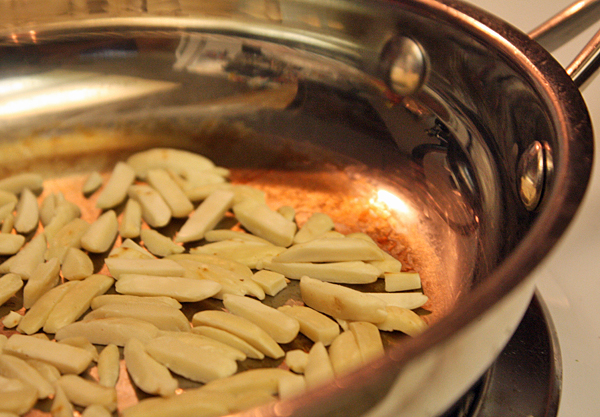 The pan should be hot when you return. Toast 3 T of slivered almonds until they are slightly browned. Reserve. 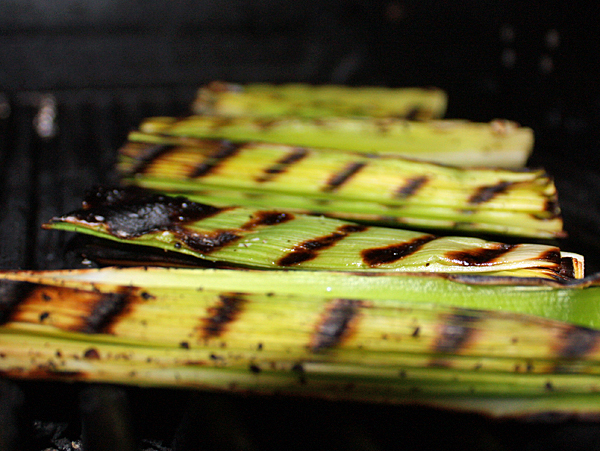 Head back out to the grill. Place the red bell pepper in a plastic container or bag and place the leeks on the grill. Cook until they have nice grill marks with some char. 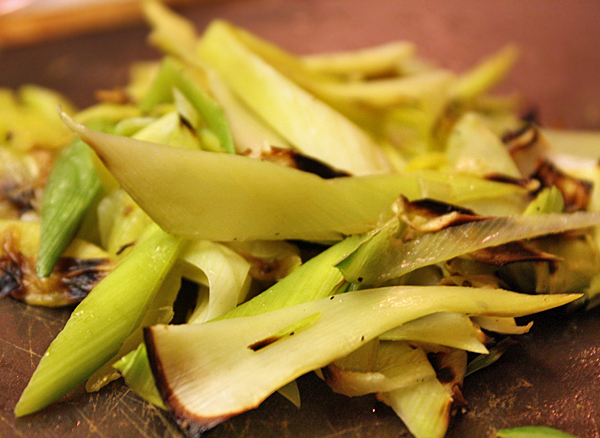 Slice the leeks at an angle to create thin strips of the grilled stalk. 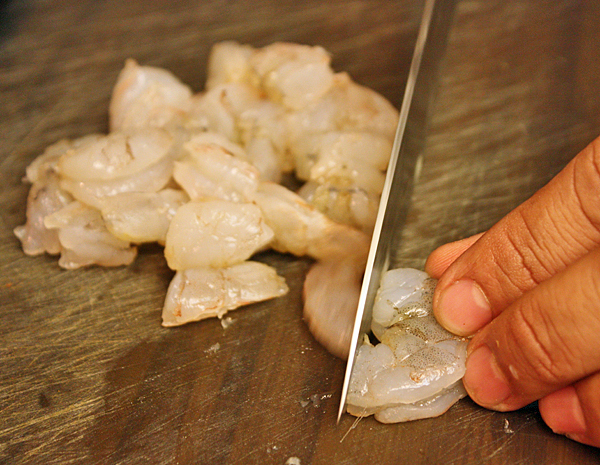 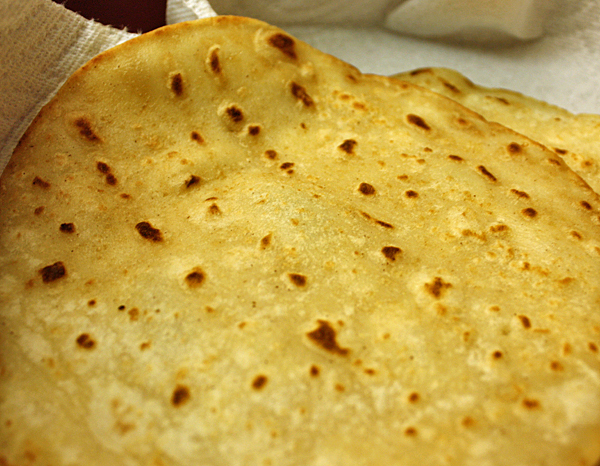 In the same pan you toasted the almonds in, begin to heat the tortillas on medium-low heat. I kept mine warm using a tortilla warmer.

While tortillas are heating, take care of the following things. 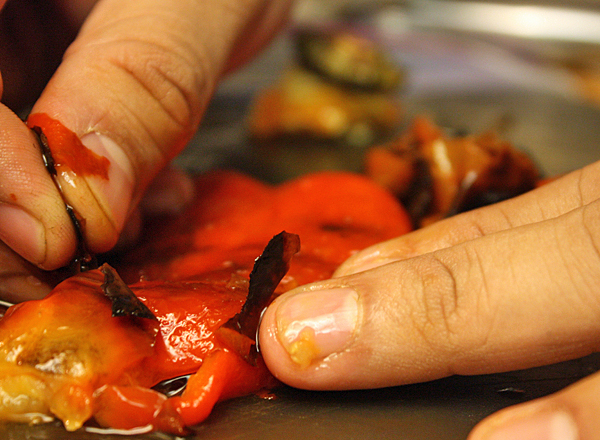 Remove the red bell pepper and begin to slide off the skin. The steam in the container should have separated the skin from the flesh of the pepper. 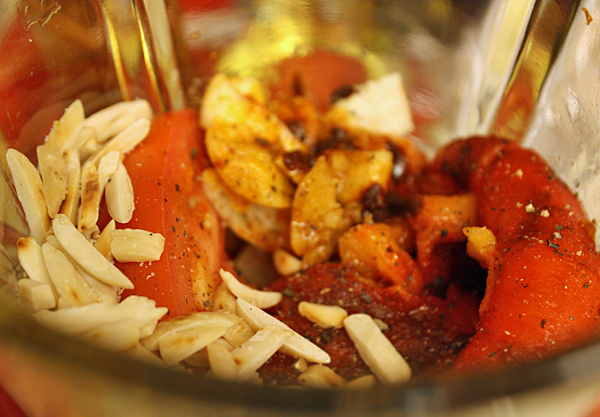 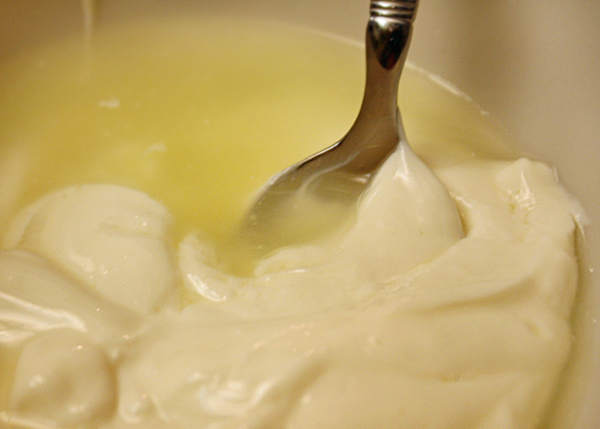 In a bowl, combine 1/3 cup of light or non-fat sour cream with the juice of 1/2 lemon. Add salt and pepper to taste. Reserve. 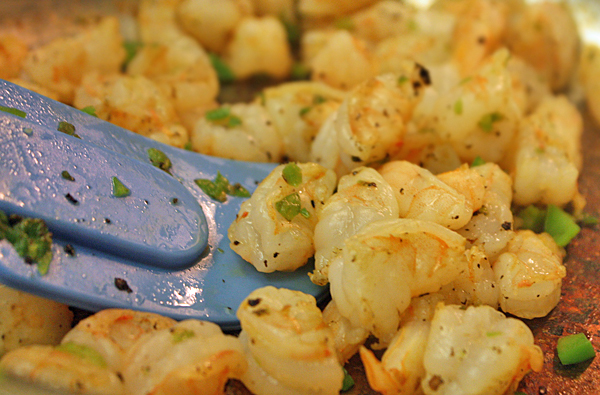 Over a medium-high heat coat a medium saute pan with cooking spray. Add shrimp and jalapeno. Saute for 1 minute until shrimp starts to turn pink. 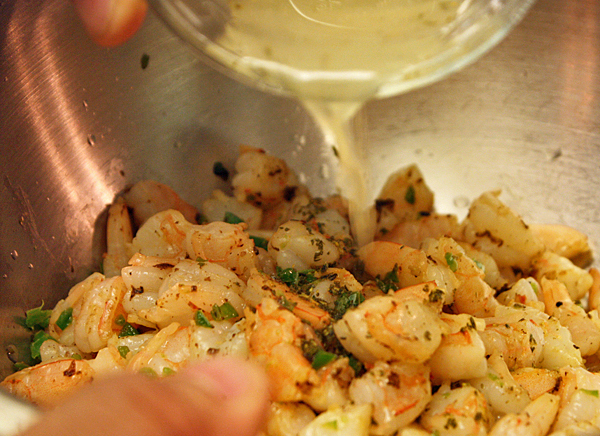 When shrimp is cooked through turn off the heat and hit with thyme, lemon, and salt and pepper. As you can see, I transferred my shrimp to a bowl and tossed it with the herbs and lemon. 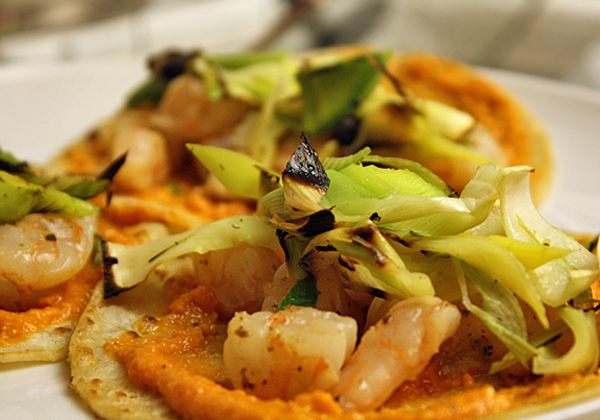 To plate: Each person gets 3 corn tortillas. Spread each with 1 T of Romesco sauce, put down 2 oz. of shrimp and cover with about 1/2 leek per taco. Drizzle with lemon sour cream. For an added burst of freshness, hit with a spritz of fresh lemon after.

I found this step to be the move that unified all of the flavors in the taco — it really brought out the brightness of the lemon while complementing the subtle smoke and sourness of the Romesco, making this a memorable end to another delicious week on the blog.