I’ll say, for an  unorganized, lazy dude like myself, these recipes have been a pain in the ass to put together — I was up at 5:30 a.m. yesterday browning pork! — but once it’s on the fork, it makes all of the hard work worth it. 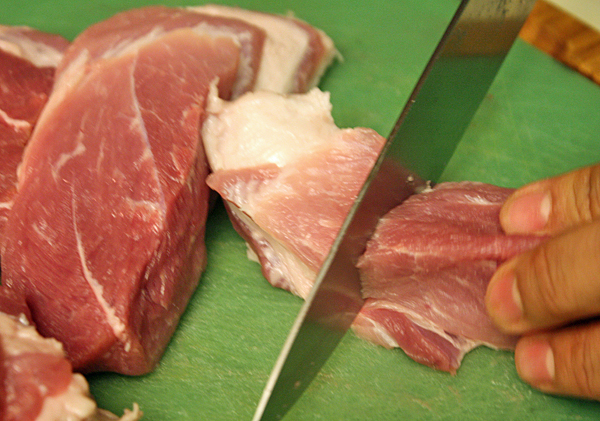 First, you need to marinade the pork, which needs to be done the night before you cook this recipe. Start by cutting down 2 lb. of pork shoulder into 1-1 1/2-inch cubes. 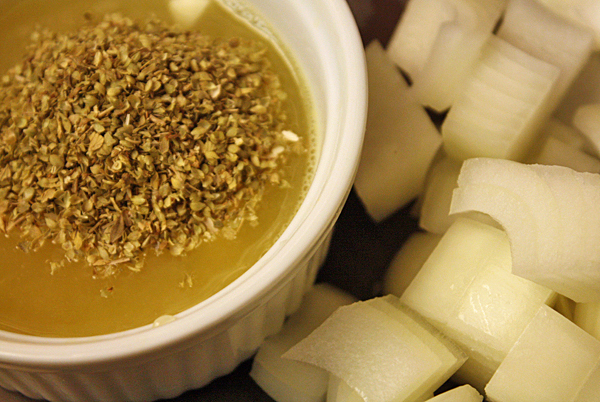 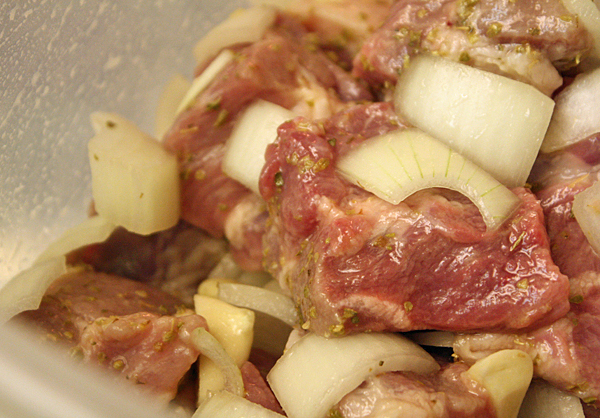 Combine all ingredients in a plastic bag or container and let sit overnight. 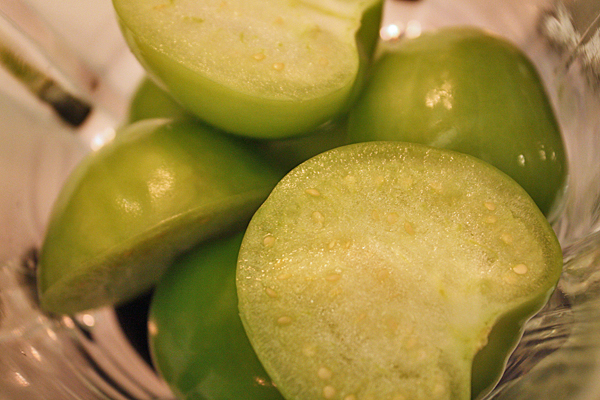 The following day, start by preparing the ingredients for the dish. Husk and puree 4 large tomatillos. 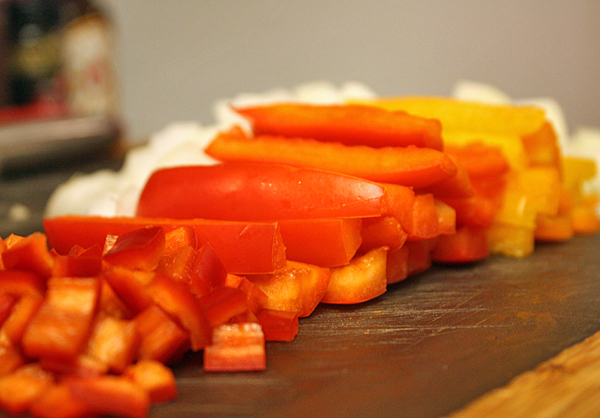 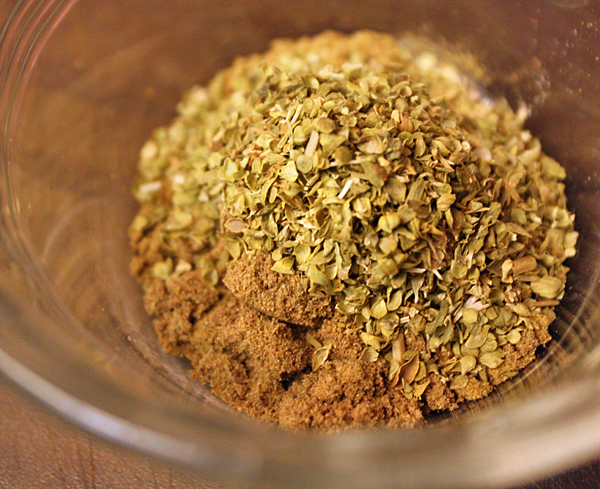 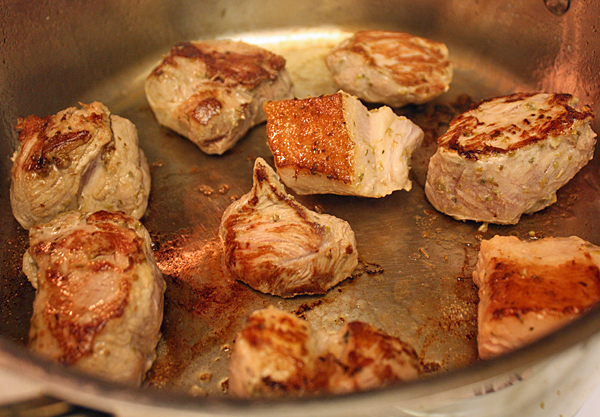 Heat 1 T of vegetable oil on medium-high in a large saute pan. Remove pork from marinade and brown for 3-4 minutes. Brown the pork in small batches, so each piece achieves a light crust easily. 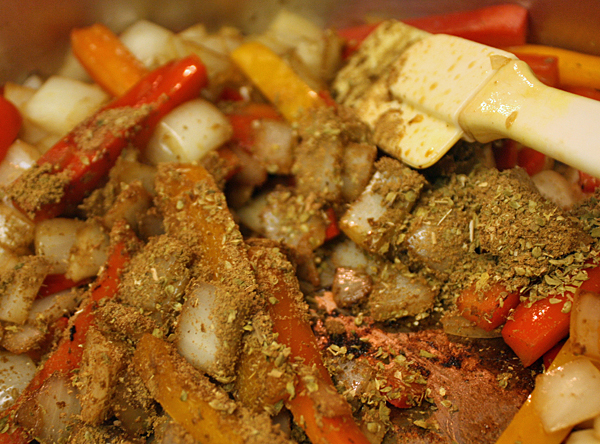 When all of the meat is browned, keep meat aside and add peppers, onion and garlic to the pan. Saute for 2-3 minutes until veggies soften. Add spices and cook for 1 minute. 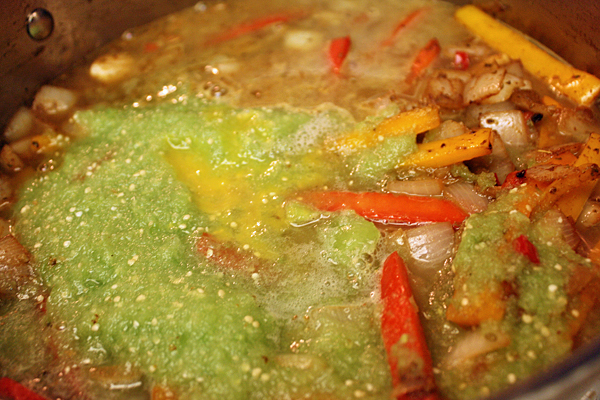 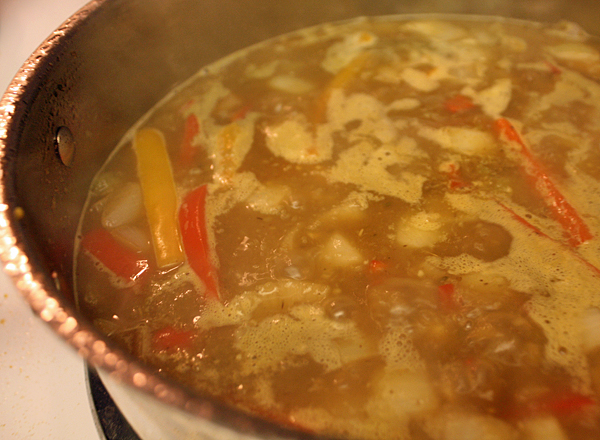 Bring mixture to a boil. 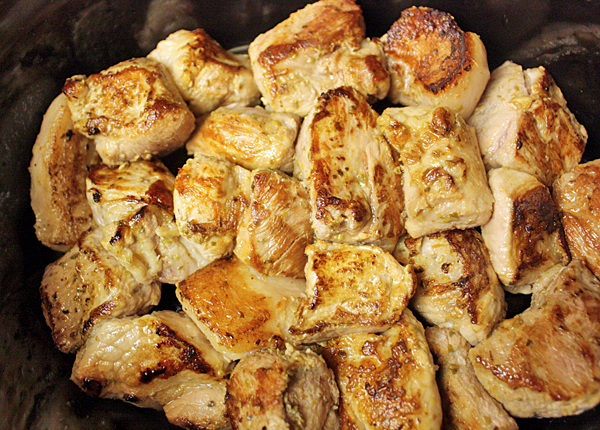 While that’s coming to a boil, lay the browned pork in he bottom of the slow cooker. 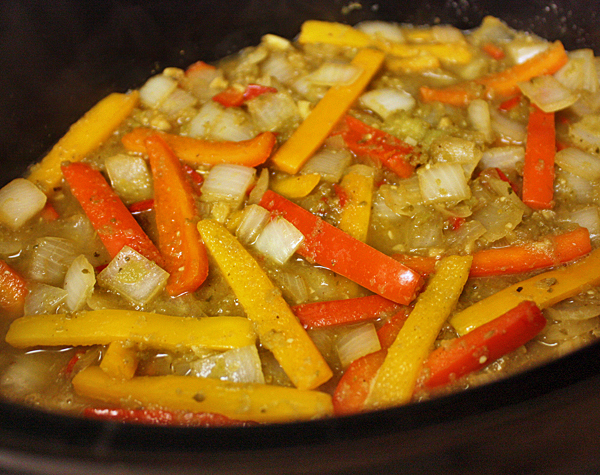 Finally, cover the pork with the boiling mixture. 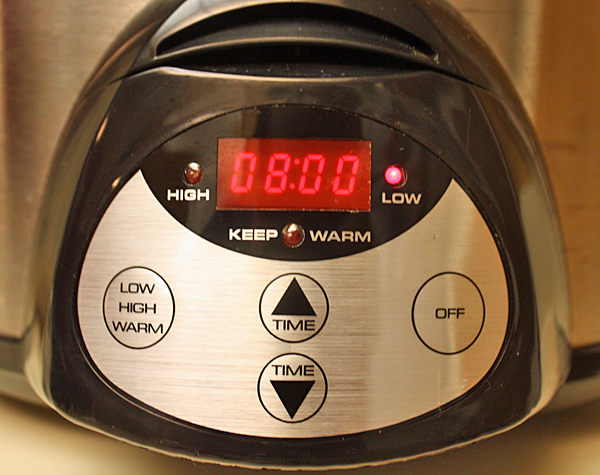 Cook on low for 8 hours. 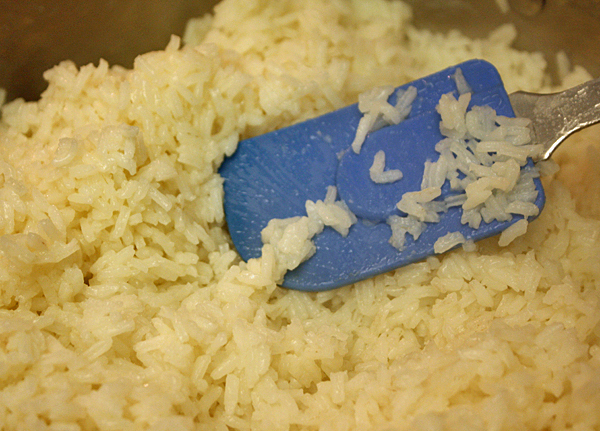 About 30 minutes before the pork is done, prepare the rice and beans (you could do this when you put the pork in the slow cooker if you have time, but it worked out that I did the pork early in the morning and the beans and rice when I came home from work).

Cook 1 cup of rice according to the directions on the package, or on your rice cooker. I cooked mine in a pan with a 2:1 ratio of liquid to rice. Place liquid and rice in a pot, bring to a boil and reduce to a simmer for 20-25 minutes. 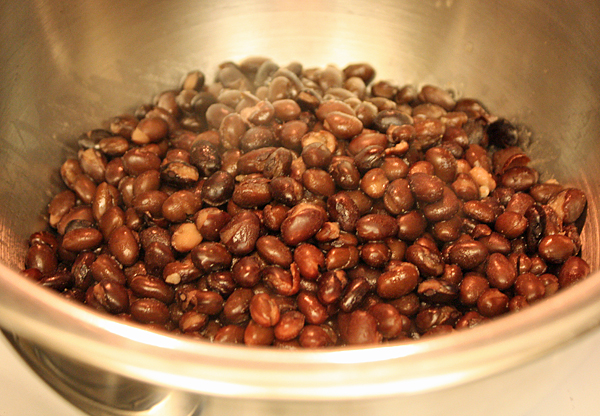 Simmer 1 15 oz. can of black beans in enough liquid to cover the beans and 1 t of cumin until beans are to temperature. Add salt and pepper when done. 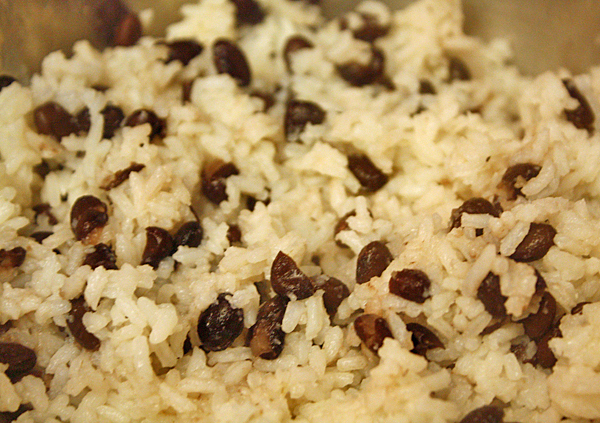 Combine black beans and rice. For some color, you could add a bit of chopped cilantro if you wanted. 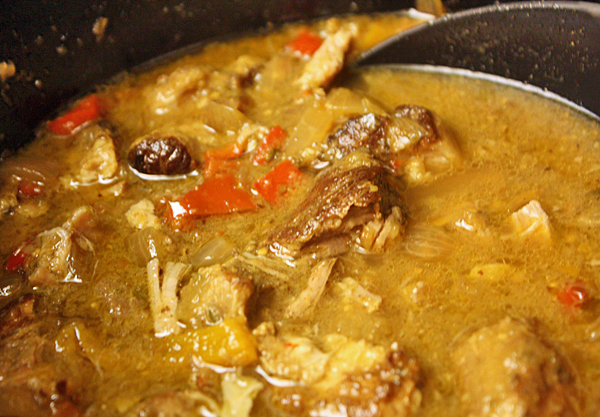 Chef Brian has introduced cumin into my life, and this is another dish where the mellow smokiness of cumin shines. I felt like my dish was a bit flat on flavor last night, but as I’m writing this, I realized I forgot to season with salt and pepper. Oops!

2 thoughts on “Week 9, Meal 3: Cuban braised pork with peppers and onions over black beans and rice”