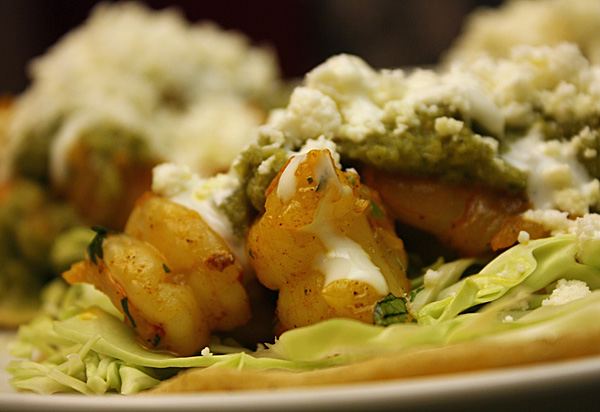 Living in Southern California, you’re always surrounded by amazing Mexican food — real Mexican food, not that Taco Bell shit. Because of that, it’s nearly useless to try and make Mexi dishes at home when there’s probably a taco truck down the street doing it 10 times better.

The pepper-packed spice mix, vibrant pasilla salsa and tangy lime sour cream elevate this taco from simple made-at-home fare to something far beyond what I thought I could do to Mexican food at home. 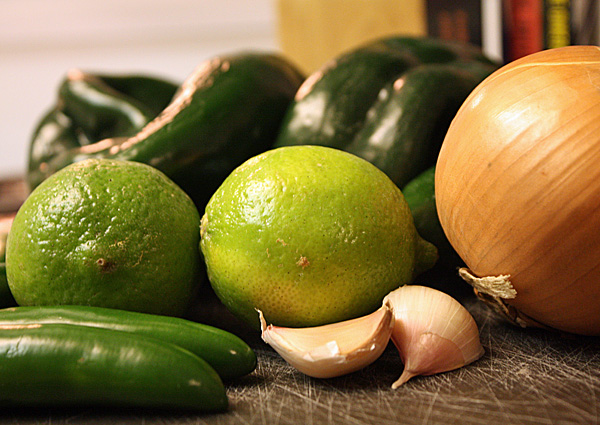 You’re going to want to get all of your prep out of the way. For the salsa, that means seeding and chopping 2 pasilla peppers and 2 serrano peppers, chopping 1/2 yellow onion and smashing 2 garlic cloves. 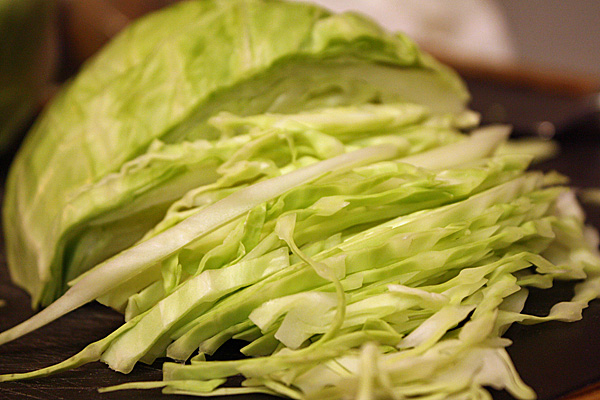 Thinly shave 1 small head of green cabbage (how to). 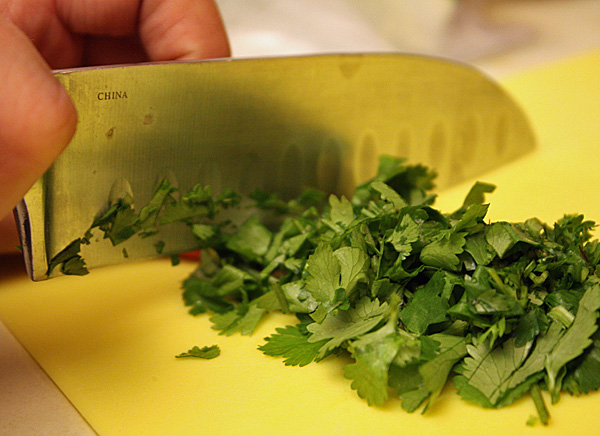 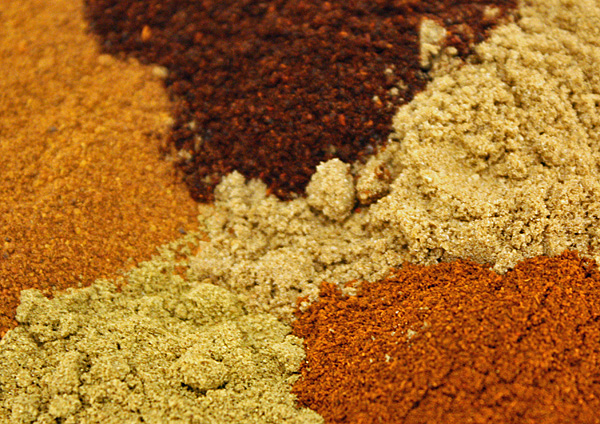 Combine 1 t of paprika, 1 t of cumin, 1 t of coriander, 1 t of ancho chile powder and 1 t of ground annato seed. This is the spice mix for the shrimp, and will also be used later in week. 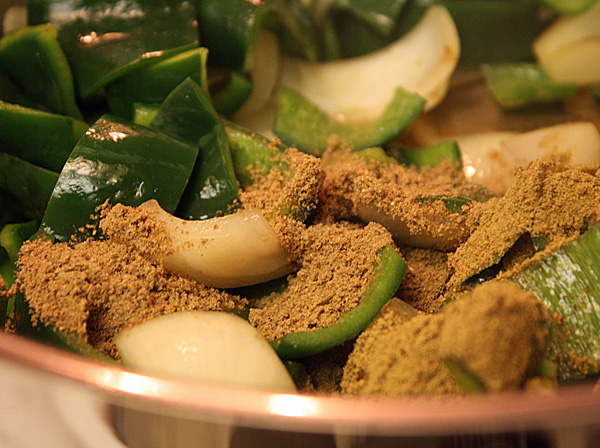 In a medium saucepan, heat 1 T of oil over medium heat. Add pasilla, serrano, onion and garlic. Cook until all veggies are tender. Add 1 t of cumin and 1 t of coriander and cook for 2-3 more minutes. 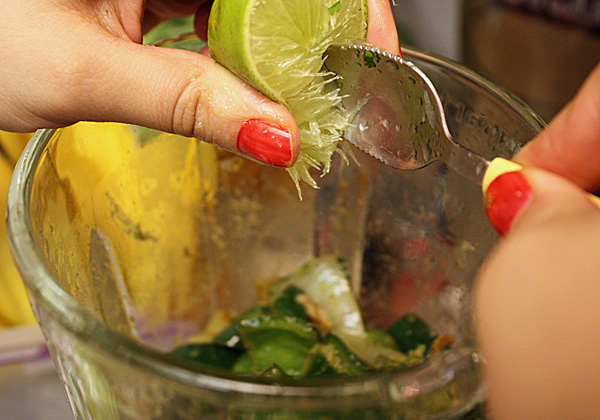 Transfer peppers to a blender and combine with the juice of 2 limes, salt and pepper. Blend it all up … 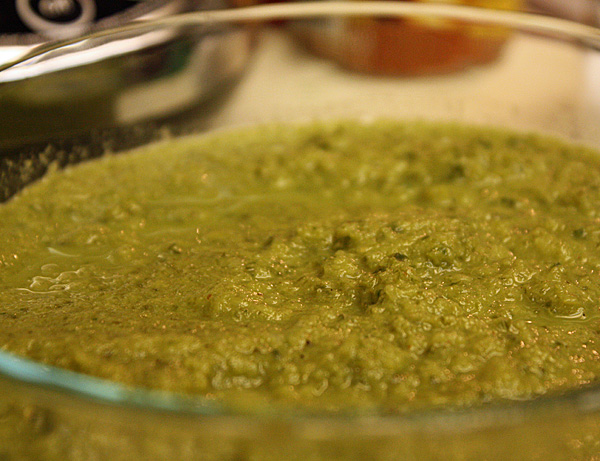 … until it looks like this! It will be warm because you cooked the peppers and onions, so transfer to a bowl and toss in the fridge so it cools while you’re preparing the shrimp. 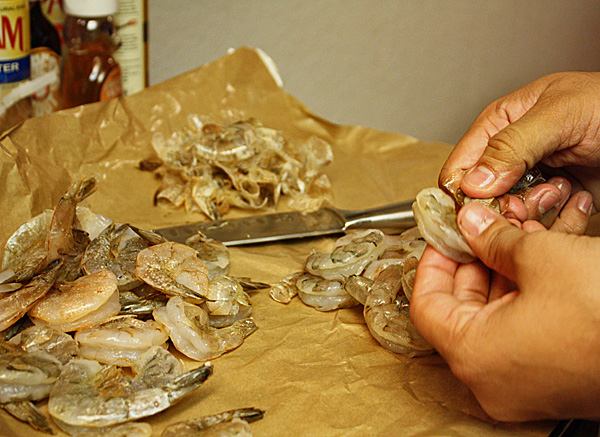 I bought my 3/4 of shrimp deveined and cleaned, but the shells were still on them so I pulled them off. 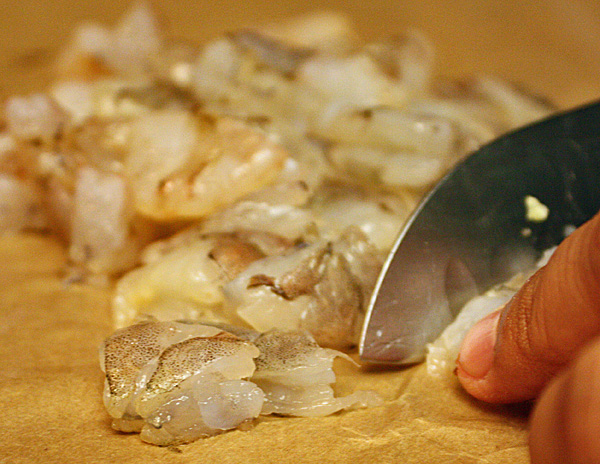 Cut your shrimp into smaller pieces — I sliced each one into three equal pieces. Season shrimp well with seasoning mix, but remember, a little bit goes a long way, and you’ll be using the mix for later in the week too, so don’t go too crazy with it! 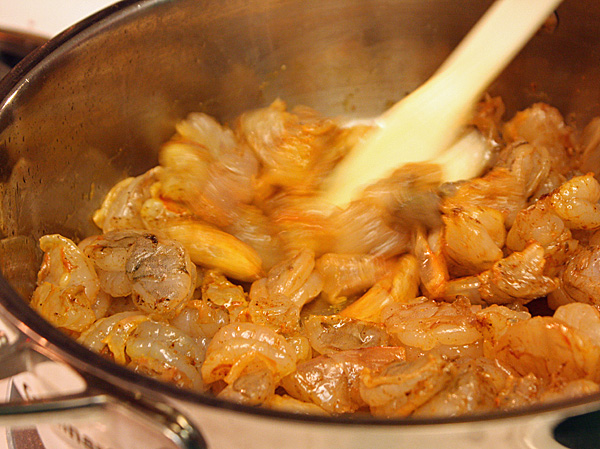 In a large saute pan (I used my same medium one as before), heat 1 T of oil over medium-high heat. Add seasoned shrimp and cook 2-3 minutes, until shrimp change color and are cooked through. 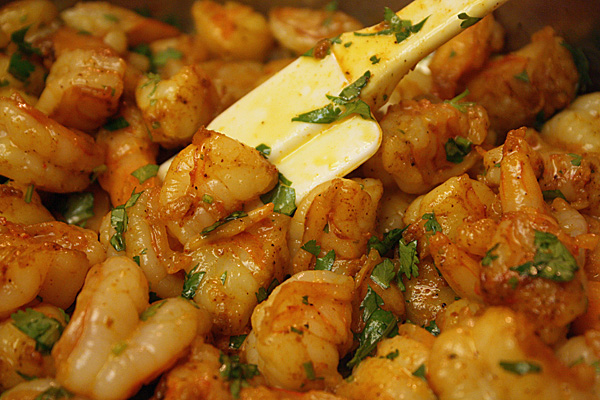 In the last 30 seconds of cooking, add the chopped cilantro to the seafood. 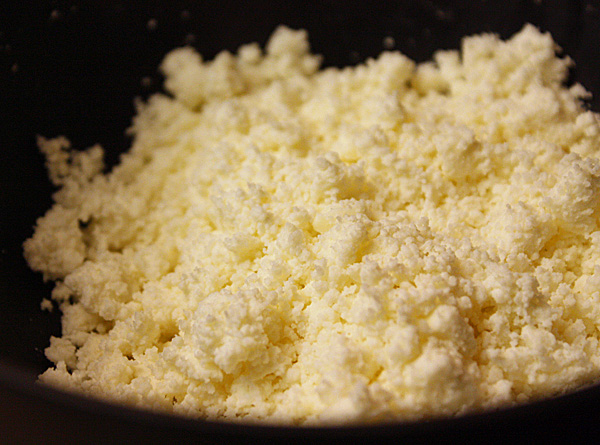 I purchased my queso fresco at a local Mexican market. It came in a big wedge which I then broke apart into little crumbles. Chef Brian taught me that even though queso fresco looks like cotija, fresco is a little softer, and a lot less salty. You’ll need 3 oz. of queso fresco for this recipe. 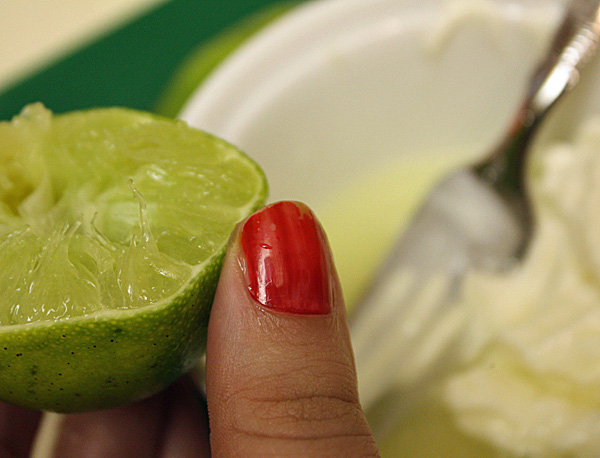 Before assembling your tacos, make the lime sour cream by combining 1/4 cup of non fat or low-fat sour cream with the juice of 1 lime.

Also, heat 6 corn tortillas. I used a spray of Pam and a hot skillet to add a little crispness to mine.

Each serving is three tacos. To assemble, layer each tortilla with a handful of cabbage. Split your shrimp portion in half, and then split those halves into thirds so you have enough shrimp for each taco.

Lay the shrimp on the cabbage, top with 2-3 T of pasilla salsa, a drizzle of sour cream and .5-oz. of queso fresco for each taco.

Fold it up and dig in!