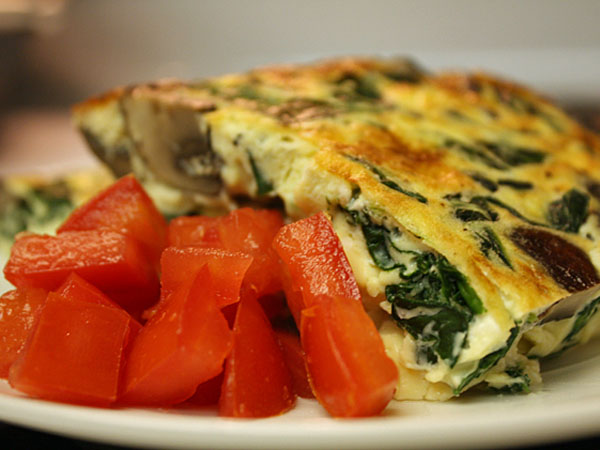 I got home a later than expected from work last night and decided that Huevos Rancheros — originally planned as Week 4, Meal 1 — was just not happening.

So I switched gears and decided to whip up Week 4, Meal 1: Frittata with spinach, mushroom, tomato and feta.

I’ve only ever had one frittata — essentially a baked omelette — and I wasn’t too happy to see this dish on the menu because my previous experience didn’t go well.

As always, Chef Brian came through with a simple, easy-to-prepare dish that whipped the pants off any restaurant egg dish I’ve had in recent memory. 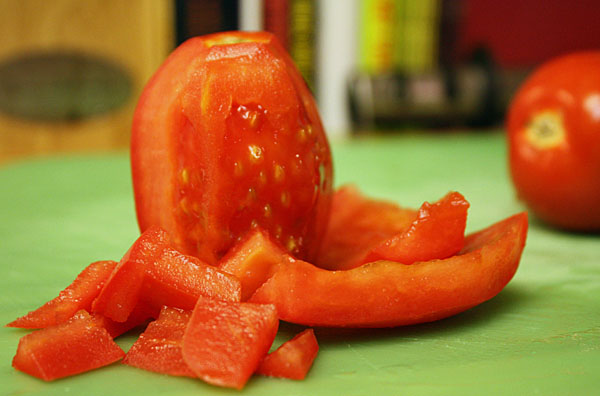 The first thing you’ll do is prepare all of your veggies. Start by dicing 2 roma tomatoes. This video gives you a tutorial if you, like me, had no idea how to dice a tomato without the seeds in it. 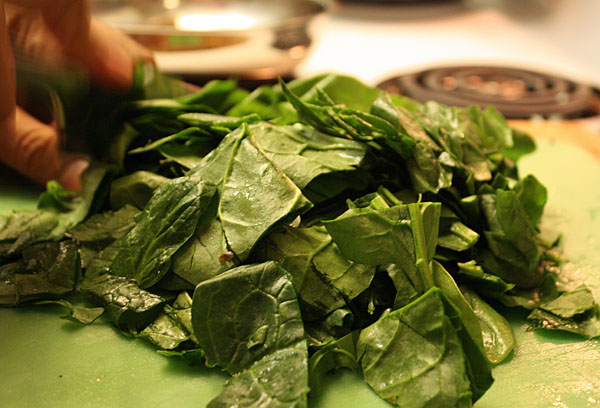 Rinse and roughly chop 5 oz. of spinach. If you’re a little over on the spinach, no worries. It’s good for you. 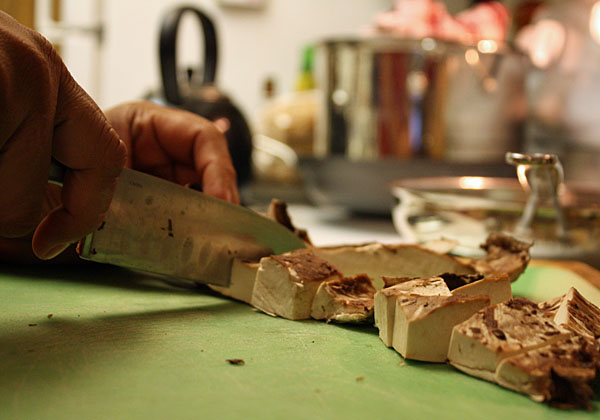 Scoop out the gills from the underside of 1 portabello mushroom cap with a spoon. Then slice the cap into strips and dice those strips into squares.

Also, take a second and preheat your oven to broil. 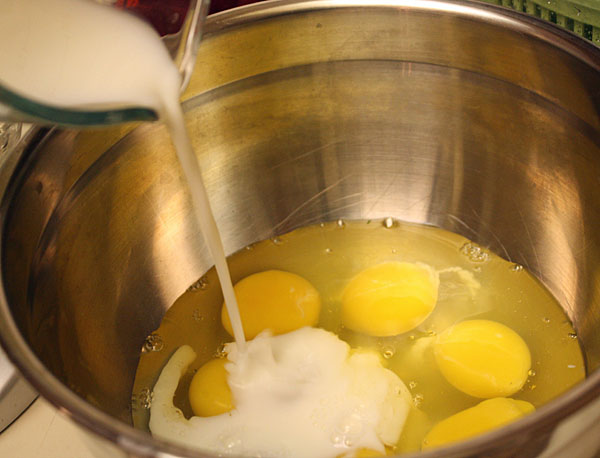 In a mixing bowl, combine 6 eggs with 1/2 cup of milk. Add salt and pepper. 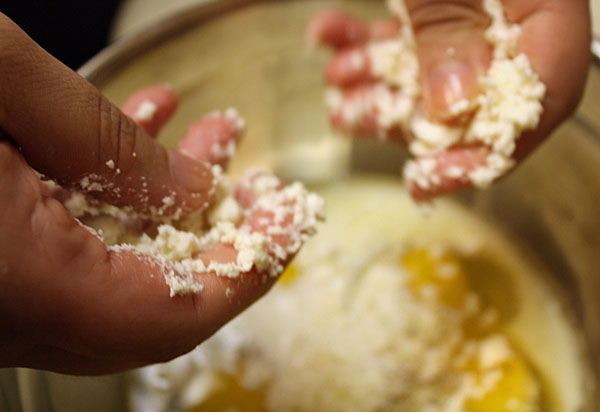 Crumble 2 oz. of feta cheese into the egg mixture and whip until all ingredients are incorporated evenly. 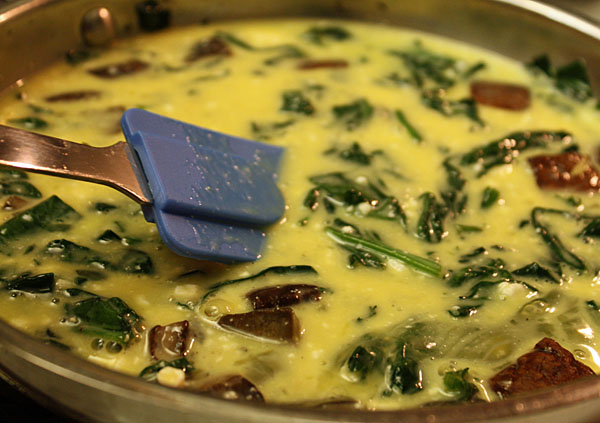 In a medium saute pan over medium-high heat, cook mushrooms in cooking spray for about 4 minutes, until soft. Add spinach and mix until all greens have wilted.

Once that happens, pour in your egg mixture, give it a couple of good runs with your spatula and put the pan under the broiler for about 4 minutes, until the top of the frittata is browned and the eggs have set and appear fluffy.

Side note: I made two frittatas, one for dinner and one for the next day’s lunch, and totally over-cooked the top of the first one after leaving it under the broiler for too long because the eggs weren’t setting. For my second one (the one in the photograph) I still used the broiler, but put the pan on the bottom rack in my oven and cooked it for about 8 minutes. That way the top browned at the same time as my eggs cooked.

Either way, when it’s cooked, remove from the pan and slice in half. Garnish with tomatoes and dig in.

I thought this was better than a plain ol’ omelette because the fluffiness of the eggs and salty flavor/creamy texture of the crumbled feta, an ingredient I wouldn’t normally put in eggs.

I’m sure this frittata will be showing up on our weekend breakfast menu soon.