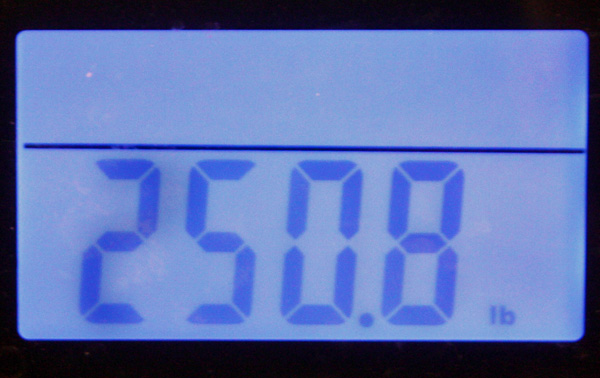 It’s been two weeks since I gave up my old diet of pizza, hamburgers, BBQ, etc. I stopped drinking soda and munching on sweets all the time too.

It’s been two weeks, and already when I eat that stuff on my free day, it just doesn’t taste as good.

I had pizza Saturday– albeit Chuck E. Cheese pizza (served at my sister’s seventh birthday party) — and it was over-oily and under-satisfying. The breakfast burrito I had earlier in the day wreaked havok on me. So chorizo, no go.

I can’t even touch sod-y pop. I used to drink Coke and now it tastes like chemicals. I don’t enjoy anything but water, milk juice or tea.

In August my wife bought me an orange polo for our anniversary that was too snug by October.

I wore it to work late last week for the first time in a month and a half. And I looked hella fly.

I felt even better than I looked.